Tifa Lockhart is the third representative of Final Fantasy VII and a Warrior of Cosmos in Dissidia 012 Final Fantasy. She was a childhood friend of Cloud, and she worked alongside the resistance group AVALANCHE to bring down Shinra. When her father's killer, Sephiroth, resurfaced, she worked along with Cloud and their friends to fight him and save the Planet. When she was summoned to the wars of World B, her memory was erased, and knowledge of Cloud was taken from her. She keeps her hopes and dreams alive while confronting the forces of Chaos.

She wears a sleeveless white tank top, a black miniskirt and a pair of black suspenders connected to her belt, fingerless gloves with metal protecting pads up to her elbows and red boots. Tifa's long, dark brown hair falls below her waist and is tied at the end in a distinctive dolphin-tail split. She has maroon eyes.

It's composed of mostly black leather, a white tank-top under a black vest with a zipper going up the center. She wears dark boots and her hair is shorter, reaching mid-back. A small pink ribbon is wrapped around her left bicep in memory of Aerith Gainsborough.

She wears a tan leather skirt and a mini vest of the same color and fabric. She has a white and gray sleeveless button shirt and a black leather belt with a turquoise gemstone on the buckle. She wears brown cowboy boots and a cowboy hat with a strap over her back.

Tifa's DLC outfit, The Enforcer, is available with the Legacy Edition of Dissidia 012 Final Fantasy or by a code obtained through having pre-ordered the game from Amazon. It is based on Yoshitaka Amano's artwork of her.

Tifa has a red strap running across her torso and the back of her shirt is bare, held up with crossing straps. Rather than being blonde like in the art, the outfit retains her brunette hair as in the Ehrgeiz: God Bless the Ring Amano-inspired costume.

Tifa does not have a set base weapon; in each of her outfits her gloves are based on what she wore in the design they are based on, or in the case of her second alt outfit, she wears no gloves. Her default outfit's gloves are identified as the Leather Gloves in Dissidia NT, but in both games they are based on her Tetsuya Nomura concept art for Final Fantasy VII rather than the Final Fantasy VII weapon, which is colored differently and lacks the orbs on the back of the hand.

Tifa's EX Mode weapon is the Premium Heart, which is based on its Final Fantasy VII design. In all of her outfits she wears the Premium Hearts over her normal gloves. The gloves bear the Kingdom Hearts logo on them, a pair of swirls that form a stylized heart. 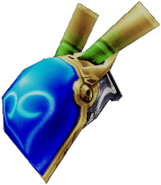 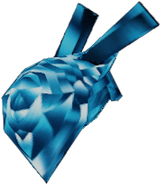 Tifa is new to the cycles of war. Early in the cycle she is confronted by Sephiroth whom she doesn't recognize. Sephiroth states that he is her enemy, and nothing more. They do battle, and Sephiroth has Tifa at sword point until Cloud arrives and drives him away. Tifa, with no memory of Cloud, asks if they once knew each other. Cloud responds no, but warns her that he is a warrior of Chaos, and the next time they meet they would be enemies.

Tifa is a Feint Brawler. Pressing

while attacking causes Tifa to cancel her attack and teleport, allowing her to quickly close in on enemies or attack them from a different direction. Each attack has a different timing on when the feint can be executed, and the player can slightly delay when the attack continues out of the feint. This makes Tifa difficult to master, but she is effective at faking out her opponent and tricking them into blocking or dodging the incoming attack, while Tifa uses a feint to delay the attack and strikes as they recover. She has some magic attacks that fill different tactical purposes and can set opponents up for combos. A downside is that her magic attacks are easily blocked and she is overall a melee fighter. Additionally, while she can use her feints to trip up an opponent's attempts to defend, it is still possible for them to block and/or dodge again if they are quick enough. 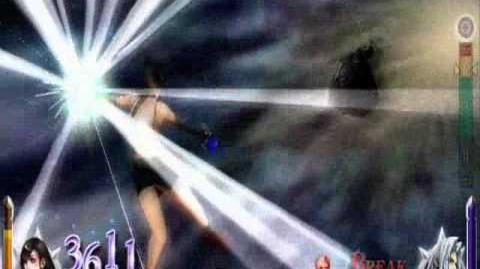 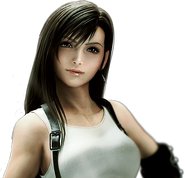 Tifa in the opening FMV. 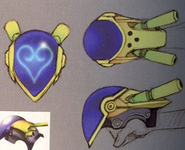 Director Mitsunori Takahashi had once said in an interview that if Tifa had not been included in Dissidia 012, he would not have made the game.[1]