Tifa Lockhart is a Warrior of Materia in Dissidia Final Fantasy NT, representing Final Fantasy VII. She is an agile Assassin-type character who fights with her fists and martial arts abilities. Tifa returns from her previous appearance in Dissidia 012 Final Fantasy, in which she had a similar combat style.

Tifa's default outfit is the AVALANCHE Garb, an updated version of her original attire from Final Fantasy VII without the changes made in the Final Fantasy VII Remake. Its first alternate coloration is an updated version of her Enforcer DLC attire from Dissidia 012 Final Fantasy and her artwork by Yoshitaka Amano. The second alternate coloration recolors her tank top brown, gives her a red and black tartan-patterned miniskirt, black armguards and boots, and gray socks.

Her first alternate costume is the Leather Suit, an updated version of her attire with the same name from Dissidia 012, and her main attire in Final Fantasy VII: Advent Children. The leather texture is more defined though she now wears her equipped weapon instead of her matching black gloves. The ribbon wrapped across her left arm retains its color in all of her variations. The first alternate coloration recolors her outfit beige while retaining the white tank top, and the second alternate coloration recolors her outfit red and her tank top black.

Tifa equips gloves and claws, all of which hail from Final Fantasy VII. 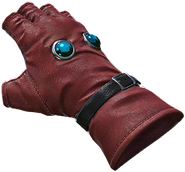 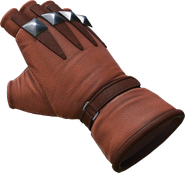 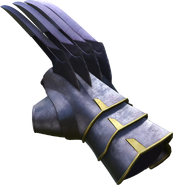 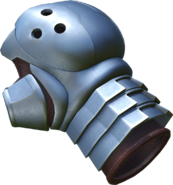 Type: Assassin - Continuing to land attacks will activate Fever Time, which increases the types of available bravery attacks.
EX Skill: Limit Break - Enhances all allies based on the result of the slot reel. The number of reels varies based on your Fever Time status.