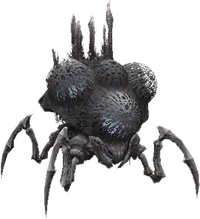 Thinkers are a type of Empty, born from the memories of souls lying inside Promyvion. They can associate themselves with any element, as indicated by the glow of their cores, and their weaknesses and resistances will depend on that element. Thinkers roam Promyvion - Holla and Promyvion - Vahzl and can drop Memories and certain Recollections when defeated. Thinkers are large and spider-like in appearance, albeit with only four legs, and scurry across the dust of Promyvion.

In Abyssea - La Theine, the Crag of Holla has vanished. However, two deadly thinkers known as the Brooder and the Ruminator have escaped the Emptiness, and now roam the plateau unseen except to those with certain Demilune Abyssites. 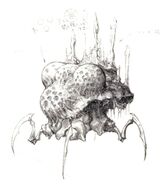