These gloves are designed for ease of movement, and are well suited to intricate manual tasks.

It is usually a mediocre armor or an uncommon accessory that may increase the wearer's agility or speed stats, or increase the success of the Steal command, or change it into Mug. It may be exclusive to characters related to agility or the Steal ability, especially the Thief and Ninja jobs.

The Thief's Gloves is an armor exclusive to the Dawn of Souls and 20th Anniversary versions. It is worn by the Thief/Ninja job class and provides +6 Defense, +1 Weight, +10 Evasion, and +5 Agility and can be found in Hellfire Chasm.

The Thief Gloves are mid-rank gloves that provide 15 Defense, -3% Evasion, 5% Magic Defense, and +10 Agility. It can be bought in Mysidia for 1,000 gil and found in a treasure chest on the Dreadnought.

Increases the chance of successful steals.

The Thief's Gloves accessory doubles the steal success rate from 40% to 80%. It provides +4 Defense as well as +1 Weight and Speed, and can be found in the Fire-Powered Ship and stolen from Necrophobe and Sekhmet.

The Brigand's Glove relic (originally called Thief Glove) is exclusive to Locke and Gogo, and changes their Steal command (if Gogo has the Steal command assigned) into Mug. Brigand's Gloves are found in Zozo, stolen from Devil Fist, and won in the Dragon's Neck Coliseum by betting the Thief Knife or Thief's Bracer.

Sneak Glove is an accessory that increases the success rate of the Steal command. It can be bought for 129,000 gil from the old man in the weapon shop at the Wall Market in Midgar (after returning there with the Key to Sector 5, dug up in Bone Village).

Brigand's Gloves is an accessory that guarantees a successful steal from the enemy. It can be found in a treasure chest in Mission 9-3-5, and as a reward for completing Mission 7-4-2.

The Thief Gloves is a mid rank armor for Zidane and Amarant. It grants a level up bonus of 1 to Speed and teaches Zidane Master Thief. Thief Gloves can be purchased in the Treno Auction House (after the party has the Blue Narciss), and synthesized in Daguerreo for a Mythril Armlet, a Sargatanas, and 50,000 gil.

The Thief's Kote is a pair of gloves that boosts the Thief's steal command. It is obtained from a Tonberry Notorious Monster in the Den of Rancor.

The Thief's Cuffs are an accessory that doubles the steal chance of items and gives a chance of stealing from more than one "slot" at once; i.e. to steal both the common and rare item at once. Enemies can still be stolen from only once; after a successful steal, further steal attempts result in the game declaring the enemy has nothing.

In the original version, the earliest point the cuffs can be obtained is after the events at the Tomb of Raithwall. They can be purchased from Luccio in the Mosphoran Highwaste's Babbling Vale for 3,000 gil. The player can gain early access by taking one of three routes, the easiest of which is to run off the Imperials guarding the border between Nalbina Fortress and the Highwaste by attempting to go through while riding a chocobo. Thief's Cuffs can also be bought from Mt Bur-Omisace for 3,000 gil and found from a randomly spawning treasure on Paramina Rift. One can also be bought from the Shifty-Eyed Merchant in Phon Coast for 2,700 gil as part of the Rare Game Hunt Club sidequest, after giving one trophy to Stok. Thief's Cuffs can be equipped by any character with the Accessories 10 license.

In the Zodiac versions, Thief's Cuffs add +1 Speed and require the Accessories 8 license and costs 45 LP. It can be found as a treasure in the Zertinan Caverns (The Undershore), Mosphoran Highwaste (Babbling Vale), Pharos - Subterra (Umbra - North), and Trial Mode Stage 59 (with Diamond Armlet), stolen from Vinuskar (10% chance), Gil Snapper (rare) in Trial Mode Stage 30 or Gavial in Stage 40, and obtained from the Hunt Club sidequest.

Brigand's Gloves are level 24 hand armor for Disciples of War. They can be obtained from

The Thousand Maws of Toto-Rak, either as a treasure, a drop from the first Coeurl O' Nine Tails boss, or a reward for completion of the duty.

Gloves that increase the wearer's mobility.

The Brigand's Glove accessory is a high-ranked arm guard that provides +1 Speed and Auto-Haste. It can be bought for 30,000 gil in the original version. In the War of the Lions version it can be obtained via Rendezvous.

The Thief Armlets accessory increases the success rate of steal abilities up to 100%, or 43% in the case of Steal:Ability. It provides +3 Attack and +3 Defense. It can be obtained as a random reward for completing a mission or by reaching level 12 Appraise.

Brigand's Gloves accessory increases the wearer's stealing rate by 5% as well as giving +2 Attack and Evasion. It can be bought for 4,800 gil in the shop after creating it in the Bazaar after using a Rabbit Tail, Battlewyrm Carapace, and Windslicer Pinion, as well as being a treasure in a mission.

The Thief Gloves are gauntlets that raise Bravery by 32, Defense by 51, and boosts the drop rate of items after a battle by x1.2. It can be obtained at the shop by trading 22,510 gil, Demon Gloves, Giant Turtleshell x3, and Titan Powder x4.

Brigand's Gloves are an item used during Battle Music Sequences and activated before using Steal ability, guaranteeing that the player successfully steals an item. It is randomly obtained after completing a Music Stage.

Brigand's Gloves are an item that can only be used in Battle Music Sequences. It is activated before using the Steal ability, guaranteeing that the player successfully steals an item. It is randomly obtained after completing a Music Stage.

"A bracer that once belonged to a legendary thief. No matter how impregnable the defenses of his target's location were, the master thief never had a problem getting his hands on the mark. With footsteps like those of a cat, he snuck in quickly and silently, stealing invaluable treasures in the blink of an eye. Similarly, this bracer improves thieving skills, allowing its wearer to acquire the prize he or she seeks with greater ease." -Description

Thief Gloves is an accessory in Bravely Default and Bravely Second that increases P.DEF by 3 and M.DEF by 1, and doubles chance to Steal. 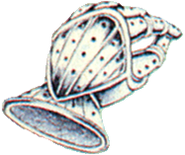 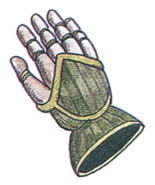