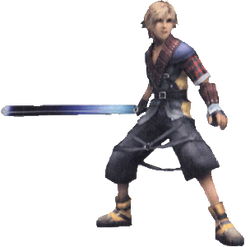 "Their Resting Place" plays during the battle against Shuyin. It is the twenty-sixth track on the second disc of the game's soundtrack.

It is also used as the background music of the Farplane Cup in the Fiend Arena.

Known as "Demise", the track was arranged by Febian Reza Pane for the Piano Collection. It is the ninth track on the disc.