The Tower of Zot

In the Dark of the Tower

Vrtra, great wyrm of the first brood and the hidden satrap of Radz-at-Han, has bid the Scions cross to Narunnair and mount a foray into the tiny island's unnatural spire—a Telophoroi structure known by the locals as the Tower of Zot.
Your companions join you on the journey, protective talismans in hand, prepared to face whatever unnamed horrors await you within. Come what may, you cannot allow Nidhana and her kin to perish in the grip of dark magicks and darker designs...

The Tower of Zot is the first main scenario

The Tower of Zot is an entirely linear dungeon with the occassional gate barring progress until the preceding enemies are defeated. The first section, Aetherial Manipulation, features four packs of enemies, with a gate after every second pack. The armored fiends and sky armors have some area of effect (AoE) abilities to dodge, but there is nothing too threatening in this section.

A group of friendly NPCs will accompany the party for the first two groups of enemies before disappearing for the rest of the dungeon.

Which spells have been transmuted can be tracked by looking at Minduruva's buffs, as she will gain an elemental Alchemy buff corresponding to the transmuted spell (eg.

Thunder Alchemy for Transmute Thunder III). The timers on these buffs can also be used to gauge when the corresponding spell is executed.

Between cycles of level III spells she will use Dhrupad and the tankbuster Manusya Bio to inflict damage over time (DoT) effects on the party, the latter of which can be removed with

Esuna. She will continue this pattern until defeated.

The second section, the Inculcation Channel, features 5 packs and 3 gates, slowing progress down slightly. The death claws and hypertuned both use AoE abilities that need to be dodged, but none of the other enemies use any abilities beyond auto-attacking. Treasure coffers can be found in the second and third rooms with the hypertuned enemies.

The third section, Fervor Enhancement, features four platforms connected by bridges that circle around to the final boss area. The biggest threats here are the two Zot roaders patrolling the southeast and northwest bridges. These roaders will use Wheel, an untelegraphed tankbuster that can unexpectedly leave the tank reeling. Attempting to chainpull with the roaders can be very dangerous, and their large aggro radius can see them joining an ongoing battle uninvited even while single-pulling. All enemies in this area also boast AoE abilities that need to be avoided. Treasure coffers can be found on the southeast and northeast bridges.

While the party initially faces off against only Cinduruva, this encounter quickly sees the other two Magus Sisters join the fray, with Cinduruva and Sanduruva augmenting Minduruva's ability to bombard the party with their signature Delta Attack. Delta Attack executes of one three level III Delta spells; which version is being cast can be preemptively identified and prepared for by watching the encounter's text pop-ups (eg. "Glacial ice, entomb our foe!" precedes Delta Blizzard III). Each Delta spell fills the arena with a variety of AoE effects for several seconds, both avoidable and unavoidable. The avoidable effects inflict a stack of

The Sisters can only execute Delta Attack while all three are standing. Minduruva and Sanduruva have significantly less health, but Cinduruva will always revive her fallen Sisters to half health shortly before they use Delta Attack. As such the party should focus down Cinduruva as much as they can; unfortunately both Cinduruva and Minduruva do not move from their positions, making it impossible to AoE all three Sisters. Should a Sister fall while a Delta spell is executing, the spell is unaffected.

In between Delta Attacks is the safest time to burn down the bosses, as their abilities are otherwise unthreatening. Minduruva's Dhrupad DoTs and single target elemental spells return, as do Sanduruva's Isitva Siddhi tankbuster and Prapti Siddhi line AoE; Cinduruva's only other ability is the Samsara room-wide AoE. Once Cinduruva is brought down, she cannot be revived and the remaining sisters can no longer use Delta Attack, making the remainder of the battle trivial.

Each party member is guaranteed to receive one of the below weapons or pieces of armor useable by their current discipline upon completion of the duty, in addition to any other items received. Coffers will only drop one piece of equipment when using the Trust System.

"Tower of Zot (Endwalker)", a rearrangement of the theme from Final Fantasy IV, plays at all times in the dungeon except for boss battles, with its orchestrion roll a potential drop from the final battle. "On Blade's Edge" plays for the first two battles against Minduruva and Sanduruva, while "Finality" plays during the final battle against all three Magus Sisters.

The Tower of Zot is based on the location of the same name from Final Fantasy IV. The Magus Sisters also reprise their role as guardians of the tower. Curiously, the exterior of IV's tower is never shown, nor where on the world map it was situated. 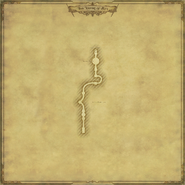 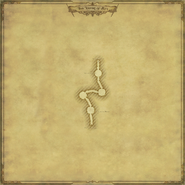 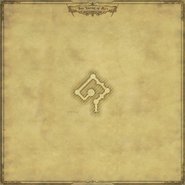