Keep (The lower the number, the easier it is to interrupt enemy actions.)

Statuses and immunities (The higher the number, the more susceptible the enemy is to the status. No number given means modified base percentage of the caster is used instead.)

Keep (The lower the number, the easier it is to interrupt enemy actions.)

Statuses and immunities (The higher the number, the more susceptible the enemy is to the status. No number given means modified base percentage of the caster is used instead.)

In the first battle stage The Proudclad repeatedly uses a weak but fast non-elemental laser attack. The battle will change direction once The Proudclad has been staggered; as soon as it recovers from stagger, it will use Limiters Deactivated (which fully restores its health, casts some permanent buffs, and enables new moves), and will respond with Retaliatory Strike (a very fast and powerful bombardment of missiles). Every time it recovers from stagger it will counter with this move, which can quickly KO the party leader, depending on its random targeting.

Defeating The Proudclad earns the party 10,000 CP and a Particle Accelerator.

An alternative for players who haven't learned either Highwind or Sovereign Fist involves Eidolons. The player should fill the chain meter substantially, then summon an Eidolon to stagger The Proudclad. The moment this happens, the player should enter Gestalt Mode and immediately use the finishing attack. This method does not deal as much damage, but still avoids the powerful combo of Deactivate Limiters and Retaliatory Strike.

The Proudclad starts in Annihilation Mode where it uses Muon Blaster to deal moderate damage, and hits fast. At half health, The Proudclad will use Limiters Deactivated to bring it to full HP and buff itself up, but it will lower its defense. When it switches into a new mode The Proudclad uses Oneiric Maelstrom, which can hit hard. It may also use this when changing into Aerial Defense Mode.

When The Proudclad uses Limiters Deactivated at half health, the party should switch to Relentless Assault to stagger it, and switch to Solidarity/Protection to heal. If the party is running out of buffs, the player may want to remain in Protection or switch to Strategic Warfare to buff up. 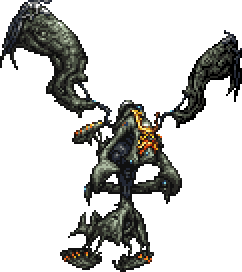 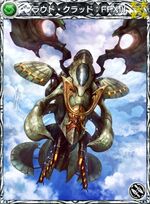 Retrieved from "https://finalfantasy.fandom.com/wiki/The_Proudclad?oldid=3239653"
Community content is available under CC-BY-SA unless otherwise noted.