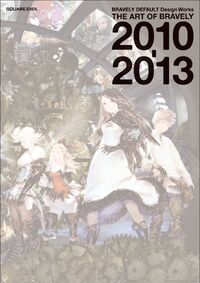 This section covers artworks from Final Fantasy: The 4 Heroes of Light.

These credits have been adapted from the original Japanese book. The names appear in Japanese in the book and in some cases have been romanized here without knowledge of the true pronunciation, and so may have discrepancies from those listed in the English version of the book.

Final Fantasy: The 4 Heroes of Light
Retrieved from "https://finalfantasy.fandom.com/wiki/The_Art_of_Bravely_Default?oldid=3270975"
Community content is available under CC-BY-SA unless otherwise noted.