A diminutive state ruled by the line of Oracles, brought under imperial control twelve years ago.

Tenebrae is a location in the Final Fantasy XV Universe and a province under Niflheim's control. The homeland of Lunafreya Nox Fleuret and her older brother, Ravus, it maintains some level of autonomy thanks to Lunafreya's status as the Oracle. Tenebrae is a lush, green, mountainous area abundant in castle-like structures. A blue flower called sylleblossom is common to the region. Fenestala Manor is the home of the Tenebraen royal family, located high in the mountains of Zoldara Henge, and bridges several areas.[1]

Before the events of Kingsglaive: Final Fantasy XV and Final Fantasy XV, Tenebrae was nominally ruled by Lunafreya and Ravus's mother, Queen Sylva. Both Lunafreya and Ravus sport a crest with a unicorn; this could be the crest of either Tenebrae or House Fleuret. Unicorns are associated with the powers of healing. In the Dawn of the Future, Tenebrae is said to have been a popular resort spot for imperial citizens.[2]

On a crate at the train station, overlooking Fenestala Manor. It is missable if the player does not read it before leaving Tenebrae in Chapter 12.

Country controlled by House Fleuret with the Oracle serving as its sovereign. The gardens of Fenestala Manor, tended by Oracles throughout the ages, are filled with bright blue sylleblossoms—the national flower of Tenebrae.

Though the nation has long enjoyed friendly relations with the kingdom, their ties were effectively cut some 400 years ago when the empire invaded and took the territory under its control. Fenestala Manor alone remained the purview of House Fleuret until several years ago, when a fire broke out and claimed the life of the previous Oracle, Sylva Via Fleuret. Her death marked the end of Tenebraen autonomy and the beginning of a more antagonistic relationship with Lucis.

Tenebrae was established before the adoption of the modern calendar system, presumably after the king blessed by the Crystal drove the Starscourge away from Eos, and the Oracles became its royalty. The first Oracle was Aera Mirus Fleuret, who loved flowers.

Circa M.E. 358, Niflheim began invading other countries. The Aldercapt family, who govern Niflheim, set their sights on world domination, using the legacy of the ancient civilization of Solheim as their modus operandi. Their two primary targets became the kingdoms of Lucis and Tenebrae; however, Niflheim only had the means to attack the adjacent Tenebrae.[3] Niflheim gained control of Tenebrae's territory, but they did not invade Fenestala Manor–where the royal family resides–due to the masses' faith in the Oracle. The empire began its occupation of Tenebrae in M.E. 359, a move that was initially met with apprehension. To assuage the dissenters, the empire preserved the Oracle's home of Fenestala Manor. This concession was partially made for political purposes: House Fleuret enjoyed close ties with the line of Lucis.[4]

Sylva was the queen of Tenebrae and had two children, the older Ravus and the youngest Lunafreya. In M.E. 744, King Regis from the kingdom of Lucis arrived in Tenebrae with his eight-year-old son Noctis Lucis Caelum for the latter to recuperate from an injury sustained from a daemon attack. Noctis befriended Lunafreya and met Gentiana, the divine Messenger of the gods who lives in Fenestala Manor with the Nox Fleuret family. During the king's stay, Niflheim attacked the manor to kill Regis, and General Glauca murdered Queen Sylva, the Oracle, in front of her children. Regis escaped with Noctis despite Ravus pleading him for help. The incident was covered up and the queen was reported to have perished in an accidental fire, but Fenestala Manor fell under imperial control.[1]

Lunafreya, who became the new Oracle when she was 16, often traveled through Tenebrae and the imperial lands, healing people affected by the plague of darkness. After a 24-year-old Lunafreya's escape from Insomnia in the wake of its fall to the Niflheim Empire, she was declared dead. In the wake of her "passing", thousands flocked to Fenestala Manor to pay their respects, pilgrims traveling from afar by boat and train. Many expected Ravus to deliver a eulogy, but he did not make any public appearances. In truth, Lunafreya returned to Tenebrae after rousing the Astrals Titan and Ramuh, requesting them to forge covenants with Noctis. In a field of sylleblossoms, she met with her brother who demanded she stop communing with the Astrals, claiming Noctis would never become the True King. Lunafreya was adamant to continue to Altissia to rouse Leviathan. During her stay at Tenebrae, she spoke with Gentiana about wanting to make her feelings known to Noctis.

Following Lunafreya's demise during Leviathan's Revelation, Noctis wishes to go to Tenebrae to pay his respects. The train ride through the territory is interrupted by imperial forces and daemons. The imperials rain fire down on the Fenestala Manor as revenge against former High Commander Ravus Nox Fleuret, who has been sentenced to death for high treason in the aftermath of the disastrous campaign against Leviathan. Final Fantasy XV -The Dawn of the Future- depicts Ardyn Izunia taking over the empire and decimating it with a Diamond Weapon while refugees flee the imperial capital on train to Tenebrae. Ardyn plans to transport the Diamond Weapon to wreak havoc in Tenebrae as well, but Aranea Highwind foils his plans. The refugees arrive safely at Tenebrae, among them the late emperor's secret granddaughter, Solara Aldercapt Antiquum, whom Aranea adopts.

When Noctis arrives at the station overlooking the still aflame Fenestala Manor, he meets with Aranea who offers her two men, Biggs and Wedge, to see the party safely to the now-abandoned Gralea. Noctis speaks to Maria, a woman who worked for House Fleuret. She asks if he received the Ring of the Lucii, and tells Noctis that Lord Ravus wished to return King Regis's sword to him. He also learns that Lunafreya's dog, Pryna, passed away when her owner did.

Noctis speaks to a young girl who tells him that Lunafreya truly loved him. She had worried the wedding plans were a bother to him, which Noctis assures were not. Some in Tenebrae still pray for her to return, while others mark Gentiana's absence. It is unknown what happens to Tenebrae afterward, as its royal line has been severed and the world is overtaken by darkness for ten years until Noctis returns.

This is the area the player can explore. The Magna Fortia runs along the route across the western continent, continuing on to Gralea. During Final Fantasy XV, due to the conflict with Niflheim the train station full of refugees. The stationary train here has a lodging and a diner. Some imperial soldiers around sell goods.

and two almanac entries, one for Tenebrae (on a crate at the station) and one for Ghorovas Rift (the end of the train with the lodging;

). They are missable if the player doesn't read them before moving on from the area.

The item shop is operated by an imperial soldier next to some supply crates. The shop sells the same goods as the previous shops in Altissia and Cartanica.

The equipment shop is found inside a magitek engine, operated by an imperial soldier. It sells the same wares as previous shops in Altissia and Cartanica.

The lodging's name is "Wheels of Rest" in French. Sleeping here yields a 10% EXP bonus and costs 30 gil. Noctis will get up at 10 am, but there is not much daylight left.

There is a diner in the stationary train where the player can eat, but it only has one menu item. 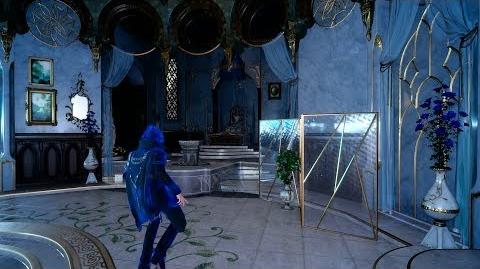 The interior of the manor only appears in cut scenes in the main game, and in Kingsglaive: Final Fantasy XV. Young Noctis and Lunafreya spent time there, and Lunafreya talks with Gentiana here. Her wedding dress is kept there as well. The manor is destroyed by Niflheim during Chapter 12.

As of patch 1.16, it is possible to explore Lunafreya's room in the manor with the Armiger glitch. The ceiling above the bed is painted to look like a starry night sky, and Lunafreya and Gentiana reflect in the mirror even if the room is empty.

The gardens tended by Oracles throughout the ages are filled with bright blue sylleblossoms—the national flower of Tenebrae. This area only appears in cut scenes and in a dream sequence at the end of Chapter 9. Lunafreya speaks to Ravus and Gentiana here, and Noctis meets her on the field in the dream when the both of them are unconscious after Leviathan's trial. The field is said to have been burned by Niflheim when they attacked Fenestala Manor.

Tenebrae was planned for the game ever since it was known as Final Fantasy Versus XIII. A trailer for Final Fantasy Versus XIII revealed a Tenebraean legend that states those who can see the "light" of the Kingdom of the Dead will obtain special powers. Stella Nox Fleuret was from Tenebrae, and appeared to have this power, as did Noctis. Gentiana's original role for was that of Stella's messenger, and a contact point between the countries of Tenebrae and Niflheim.[5] The Final Fantasy XV E3 2013 trailer says that "Niflheim has already waged war for crystals in Solheim, Tenebrae and Accordo", but Tenebrae never had a crystal in the final game; instead, its royalty is tasked to support the kings of Lucis in their endeavor to protect the world's only Crystal.

There is a Tenebraen oak tree north of Cape Caem from where the player can procure Tenebraen Oak. The Ulwaat Berries ingredient also originates from Tenebrae. The berries are the "secret ingredient" to a treat the eight-year-old Noctis enjoyed during his stay in Tenebrae. The desire to recreate it inspired Ignis Scientia to take up cooking. 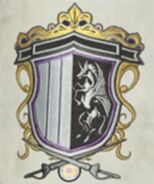 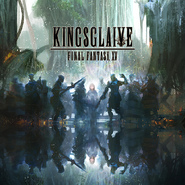 Concept art of the invasion for Kingsglaive: Final Fantasy XV.

Childhood artwork of young Lunafreya, Noctis and his friends and King Regis on the Regalia in Tenebrae. 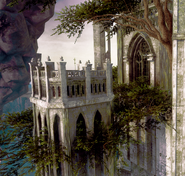 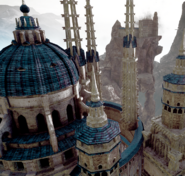 Tenebrae, as it appears in Kingsglaive: Final Fantasy XV.

Tenebrae, as it appears in Final Fantasy XV.

Leviathan summoned on the train to Tenebrae.