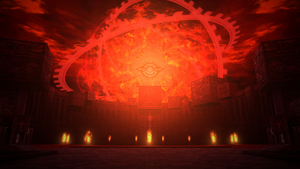 "Tempus Finis" (フィニスの刻, Finisu no Koku?, lit. The Time of Finis), is a theme from Final Fantasy Type-0. It was composed by Takeharu Ishimoto. It is Latin for "end of time".

English translation
Awaken!
We'll give you the Warriors of Rubrum

The theme appears on the original soundtrack and on the composer selections soundtrack.

"Tempus Finis" is the sixth track of Memories of FF TYPE-0, purchasable from Altissia for 1000 gil. It can be played in the music player.