Encourage an ally, increasing their Bravery.

Temper (ストライ, Sutorai?, lit. Strike), also known as TMPR, is a recurring spell in the series. It generally increases the attack power of a unit.

Temper (TMPR on the NES) is a level 2 Black Magic. It can be bought in Pravoka and can be learned by the Black Mage, Black Wizard, Red Mage, Red Wizard, and Ninja classes. It raises the Attack of an ally by 14. In the GBA/PSP/iOS releases it costs 8 MP to cast.

This spell is bugged in the NES version and does nothing.

Temper is an Enhancing Magic spell that is able to be learned by a Red Mage at level 95 or higher. It allows the recipient to occasionally Double Attack.

Temper inflicts an additional 40% of damage on a foe, in addition to repairing a small amount of weapon DP. It has a risk of 2. 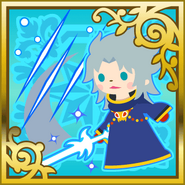 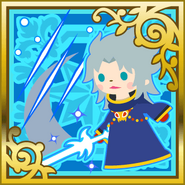