Cid Pollendina: Oh, shut up and help me remodel the Teleport Stone page!
Please expand this article into a full one. The following tasks need to be completed:

Enchanted with the Teleport spell. Teleports the party out of a dungeon or battle.

The Teleport Stone (テレポストーン, Terepo Sutōn?), also known as Warp Stone, is a recurring item in the Final Fantasy series. It generally has the same effect as the Teleport spell.

Ottershroom (also known as Otterhead) and Emergency Exit, have similar effects to the Teleport Stone.

Transports party out of dungeons and towns.

The Teleport Stone appears in the Dawn of Souls, 20th Anniversary and iOS versions. It teleports the party out of a dungeon. It is an extremely rare item, dropped by Purple Worms.

Escape instantly from a dungeon

The Emergency Exit (also called EmergencyExit or Exit) is a very rare item that allows the player to warp out of the dungeon. It is not sold in shops, but is found in various treasures around the world.

The SNES version also has warp enabled in Vector (town part before esper attack, inn, weapon/armor shop, cafe and the small house.), but this was removed at least in the GBA/Mobile/PC versions probably because towns generally do not have teleport enabled.

While the item does not appear, a message for an item named Telpostone (found also in the Japanese version with the item's regular Japanese name) is found in the script of the Item Store in Cosmo Canyon. Other than the message for obtaining it being found in the data, there is no other data for the item found in the final game, and the item is thus dummied out.

Teleport Stones are used at Gate Crystals to teleport to any other Gate Crystal the player has already visited. Teleport Stones can be obtained by completing various jobs and marks, and as gifts from Montblanc. In the original version, they can also be bought from Skyferries, the Clan Centurio shop in Muthru Bazaar, and from Dyce at Balfonheim Port for 200 gil.

In the Zodiac versions, they can be bought from Skyferries once the player has entered Mt Bur-Omisace for the first time.

A mystical gem that allows the user to warp to safety except when on missions.

Teleport Stone warps the party back to the world map from a dungeon, unless they are mid-mission. They can be bought from McTighe, Aqvi and Mi-Go for 2000 gil.

Teleport Stones teleport the player around the world map, but their use is limited. A teleport stone in the southeast warps the player to the entrance to the Land of Discord, where the final battles of the "Light to All" storyline take place and Chaos makes his lair. In their respective storylines, Bartz, Zidane and Firion all make use of the teleport stone to travel to and from the Land of Discord.

In "Confessions of the Creator", a large network of teleport stones covers the world and the party is free to use them to warp about. Several gateways, namely the Dragon King Gateway at Bahamut Isles, the Forsaken Land gateway at Gaia, and the Chasm in the Rotting Land, can only be reached by teleport stone. At the beginning of the story the northern teleport stones are inaccessible, and are unlocked for usage as the player unlocks gateways to these areas to reach them on foot.

The Teleport Stone allows one to move forward one space ahead without playing the Music Sequence. It can only be used during Quest Medleys.

A mysterious stone that returns you to a dungeon's entrance.

Teleport Stone returns the player to a dungeon's entrance. It can be obtained from Forest Lake.

This section about an item in Chocobo no Fushigi na Dungeon is empty or needs to be expanded. You can help the Final Fantasy Wiki by expanding it. 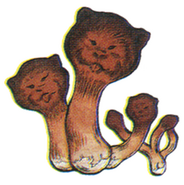 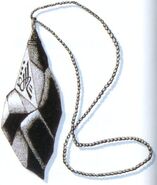 This gallery is incomplete and requires Bravely Default added. You can help the Final Fantasy Wiki by uploading images.