Synergists employ a wide range of abilities to enhance their allies' effectiveness in combat.

Synergist is a paradigm role in Final Fantasy XIII whose main function is to support allies with an array of magical enhancements. It is symbolized by the initials SYN and the color purple.

Being in the Synergist role boosts the status enhancements' duration and the bonus is boosted further by having more Synergists in the current formation. The amount of bonus depends on the role level. A character can have maximum of eight status enhancements at one time.

Synergist is a primary role for Sazh and Hope, and a secondary role for Lightning, Snow, Vanille, and Fang.

The player earns the Synergist's Seal achievement after learning all the abilities and reaching level 5 for the Synergist role of a single character. This can only be achieved after defeating the final boss to unlock Stage 10 of the Crystarium.

Below are the Crystarium Levels when each character can advance in role level.

The Synergist's role bonus increases the duration of all status afflictions which target the party. If there is more than one Synergist in the party, the bonus factor is the sum of all applicable Synergist role bonuses. The role bonus is not contributed if the party member is incapacitated, and when summoning an Eidolon, only the party leader's role bonuses count.

Stock a set of commands focused on strengthening allies.

Status effect duration is calculated by the following formula:

The Chain Bonus in the formula refers to the target's chain value. When using roles that target allies, such as the Synergist and Medic, the player may notice that allies, as well as enemies, also have a chain gauge. This chain does not fill when being attacked by enemies, however, but is used solely for Medic's healing spells' and Synergist's spells' calculations.

A higher Magic stat will result in longer-lasting enhancements. Anything that directly affects the Magic stat will help, such as Faith and the Power Surge passive abilities, with Stifled Magic and Fettered Magic being an exception.

The characters use their Synergist spells. 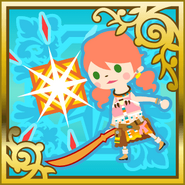 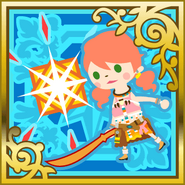 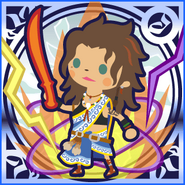 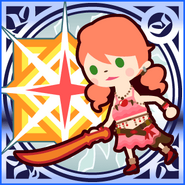 In an early trailer for the English version characters had initials "AUG" in purple as their paradigm role. It can be assumed the Synergist role was originally referred to as "Augmenter."

[view · edit · purge]A synergist is a substance, organ, or other agent that participates in an effect of synergy. Synergy is the creation of a whole that is greater than the simple sum of its parts. The term synergy comes from the Attic Greek word συνεργία synergia from synergos, συνεργός, meaning "working together".