The Synaptic Net Dive, often abbreviated as SND, is a non-player character ability from Dirge of Cerberus -Final Fantasy VII-. A Synaptic Net Dive is when a person's consciousness enters the Worldwide Network via a virtual reality to gather information. This process is the only known way to communicate with sentient beings that reside there. The SND also enables a person to enter other people's minds and share thoughts and memories with them, as well as artificially create memories or emotions.

To perform an SND, the "diver" requires the use of a special helmet that is connected to the network that will transport his or her consciousness there. While the diver's body remains in the real world, his or her mind retrieves information by negotiating with data on the subconscious planes of the sentient life forms on the network.

The only people shown to possess the ability to perform an SND are Weiss the Immaculate and Shelke the Transparent. 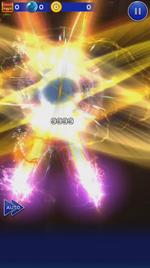 This section about an ability in World of Final Fantasy is empty or needs to be expanded. You can help the Final Fantasy Wiki by expanding it.
Dirge of Cerberus -Final Fantasy VII- setting
Community content is available under CC-BY-SA unless otherwise noted.
Advertisement