Sylph is a wind-elemental Eidolon that appears in Final Fantasy Dimensions II. There are three versions of Sylph available in the game; two versions that are available to Morrow, which teach him Aero and Quickspeed abilities respectively, and a version available to Aemo, which teaches her Marching Song abilities respectively. The first version of Sylph for Morrow can be obtained as a first time completion reward for the Phantom Frogs side quest, while the second version can be obtained by purchasing its signet from the Mog Shop at the start of the Eureka arc. Aemo's version of Sylph is obtained as the first time completion reward for the Sealed Ancient Monsters side quest.

The first version of Sylph for Morrow provides him with a balanced set of stats. However, Sylph is easily outclassed as the player progresses through the game and obtains stronger signets. Morrow's second version of Sylph provides him with a decent boost in HP and speed, in addition to other balanced stats. Its Quickspeed ability is great support action for Morrow, as it provides a speed boost and casts Quick on a party member. However, its passive of boosting Morrow's evasion rate a small amount does not make up for the fact it is replaceable as the player progresses through the Eureka arc.

Aemo's version has balanced stats at the moment it can be obtained and its Marching Song ability is a great speed boosting ability for Aemo to support the party. However, it is easily outclassed as the player progresses through the game and obtains stronger signets.

Morrow's first Sylph signet depicts a small fairy with butterfly wings in a leotard. As she evolves, her leotard changes color as her wings multiply and spread. In addition, the flowers on her pigtails bloom and she is surrounded by blades of wind.

Morrow's the second version of Sylph depicts a larger fairy with short blonde hair. She is garbed in a green dress and wields a staff. In addition, she wears light-green footless stockings and dark-green toeless boots. As she evolves, Sylph becomes enveloped in a storm of petals. Her hair grows longer and changes to a light-teal color, while her outfit changes to purple, and her wings grow longer.

Aemo's version depicts a small sprite surrounded by moogle-like creatures emerging from plant-like pods. The Sylph wears a teal leotard, with strapped footless stockings, and handless gloves. In addition, she wears winged cuffs on her wrists and ankles. As she evolves, her outfit changes color, the wings on her cuffs grow in length, and her hair grows. Similar to other Sylph summons, she becomes enveloped by blades of wind.

Morrow first version and Aemo's version of Sylph share the summon attack of Whisperwind, which deals small wind-elemental damage to all enemies and restores the party's HP. Morrow's second version of Sylph's summon attack is Life Blessing, which restores 1/2 of the party's max HP. The former two versions of Sylph cost 1 bar from the Summon Gauge to summon, while the latter version requires 2 bars.

The following are the abilities Morrow can learn from his first version of Sylph:

The following are the abilities Morrow can learn from his second version of Sylph:

The following are the abilities Aemo can learn from her version of Sylph:

In the original free-to-play versions of the game, all three Sylphs signets could only be obtained from the game's summon draw shop and could be equipped by all party members.

Morrow's second Sylph signet was originally a wind-elemental god-tier signet. It was an SS+ signet and could only evolve with the use of god stones. The summon still taught the Quickspeed abilities.

In addition, there was another unique version of the Sylph signet that appeared exclusively in the free-to-play versions of the game known as Sylph OR (シルフOR, Shirufu OR?). The Sylph OR summmon was a wind-elemental signet that used the Sylph sprites from the mobile remastered version of Final Fantasy Dimensions. The signet could only be obtained through participating in the "Eternal Seismische" event in Final Fantasy Legends: Toki no Suishō. The Sylph OR signet taught the Aero Rush abilities. The signet was removed in the premium version of the game, and its Aero Rush ability was given to Morrow's Deathguise signet.

In the premium versions of the game, Morrow's version of Sylph is censored and is given a leotard over her bikini outfit to cover her torso and hip area. In addition, the bikini top portion is extended to cover her cleavage. In the original Japanese free-to-play versions, Sylph was wearing a revealing bikini-like outfit, while her torso area and hips were exposed. 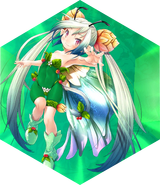 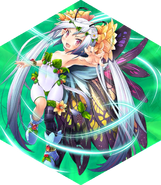 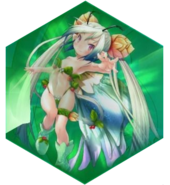 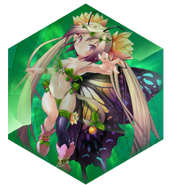 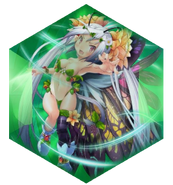 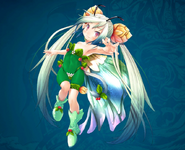 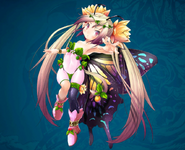 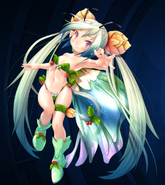 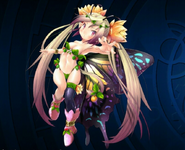 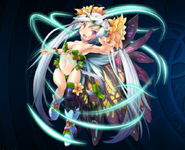 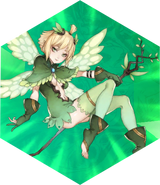 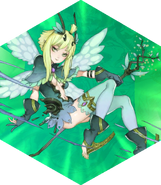 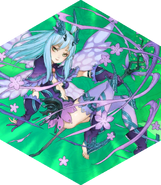 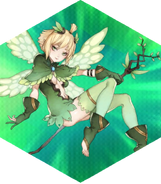 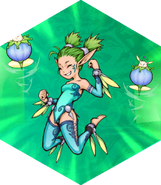 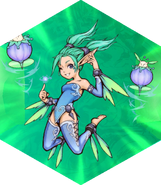 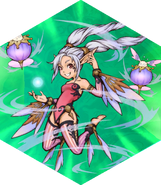 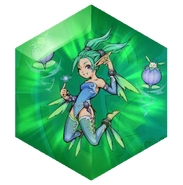