The Sword Saint is a job in Final Fantasy Airborne Brigade available once the player has a level 10 Samurai and a level 10 Mystic Knight.

The job excels in using swords and greatswords as their primary weapons, and deals increased damage with skill and physical attacks. However, there are no other significant advantages to the job due to their more cosmetic nature for user avatars in the title.

The jobs appearance is heavily inspired by Cidolfus Orlandeau's outfit from Final Fantasy Tactics, who was the first Sword Saint in the series. 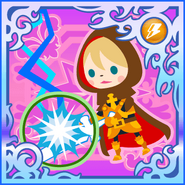 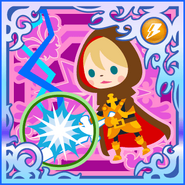