Player character
Sumo, referred to simply as the Hero in the Japanese version, is the main protagonist of Final Fantasy Adventure. His name comes from the English game manual, but the player can name him at the start. In the Sword of Mana novels and manga adaptations, as well as in Circle of Mana, he is known as Duke.

The character is a gladiator who escapes the servitude of the Dark Lord of the Glaive Empire and must stop him and his assistant Julius from gaining the power of the Tree of Mana by becoming a Gemma Knight.

Sumo appears to be in his mid-teens, a young man with fiery red or brown hair. As a gladiator, he wears a full suit of armor sans helm, also in red.

Sumo is as a slave of Dark Lord forced to fight monsters in an arena for the Lord's entertainment. Dark Lord has captured and enslaved multiple humans for this purpose. Sumo has befriended his fellow gladiators, in particular Willy and Amanda. When Willy dies, his final words are that the Mana is in danger and Sumo must find Bogard of the Gemma Knights. Sumo escapes the castle through the monster pit only to find the Dark Lord and Julius plotting to find a way up the waterfall to the tree. The Dark Lord notices Sumo who runs away and ends up being chased after. The Dark Lord pushes him over the waterfall. Shortly after he recovers, Sumo finds Fuji whom the Dark Lord is searching for. Her dying escort, Hasim, asks Sumo to take Fuji to Bogard who lives in the mountains and tells them to find Cibba in Wendel.

When the two reach Wendel, after he rescued Fuji from a vampire, Cibba reveals that she is descended from the people who created the Tree of Mana and the Gemma Knights protected them. The Dark Lord's army attacks Wendel and Julius in disguise captures Fuji.

Sumo goes on a quest to rescue her, aided by multiple new friends throughout his journey. With the help of Watts the dwarf, he looks for silver in the Old Mine to make armor to pass through Gaia Pass. Once he makes it through, Bogard joins him as they board Glaive's Airship. They attempt to rescue Fuji, but Sumo is only able to get her pendant before Julius throws him off the airship. Landing in Menos, he travels to Jadd and helps Amanda get Medusa's tears to save her brother Lester who was imprisoned by Davias and turned into a parrot after Amanda stole the pendant and unsuccessfully tried to buy Lester's freedom with it. Upon its defeat, the Medusa leaves no tears and turns Amanda into a Medusa, forcing Sumo to kill her and take her tears.[note 1] Once Lester is restored, he and Sumo team up to defeat Davias, but not before he gives the pendant to Garuda to take to the Dark Lord.

Sumo makes his way back to Glaive Castle, rescues Fuji, and defeats the Dark Lord[note 2], but Julius enchants Fuji into using the pendant to reverse the waterfall so he can reach the Tree of Mana himself. Sumo is thrown from the mountain again; this time, he is rescued by Chocobo and taken to Ish.[note 3] At Bogard's urging and with the Chocobo's help, Sumo tracks down Cibba in Lorim and rescues him by defeating the Kary who froze the town.

Cibba has a number of other tasks Sumo must complete to reach the Temple of Mana. First, he must get the sword Excalibur from the Undersea Volcano though the sword has rusted and its power faded. Then he must beat the Lich to get the Nuke spell, which leads him to a hidden cave where the sword will raise the Dime Tower. Inside the tower, a robot named Marcie helps him reach the top before the tower falls again, forcing Marcie to throw him from the summit before going down with it.

Once Sumo rides the waterfalls upward and makes it through the Temple of Mana, the spirit of Fuji's mother declares him a Gemma Knight and restores Excalibur's power. By the time he reaches the tree, however, Julius has gained the power of Mana. The hero must destroy Julius in three separate forms, but doing so destroys the Mana Tree. Fuji's mother reappears and explains Fuji must become the next tree. Fuji turns into the last Tree of Mana, and Sumo becomes the tree's guardian as the last of the Gemma Knights.

Sumo is the only playable character, and as such he has access to every piece of weaponry, armor, and spells. He can use his weapons on the field to aid him in his quest, such as using a chain-flail to wrap the chain around wooden posts or chop down trees with an axe. He can use MAX attacks when the gauge on the World Screen is full to unleash a powerful attack. 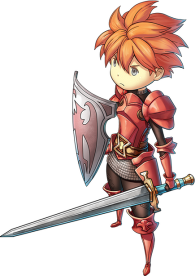 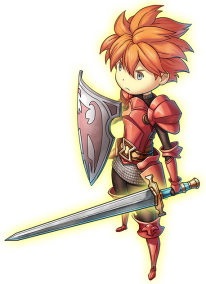 Gemma Knight Hero.
Add a photo to this gallery 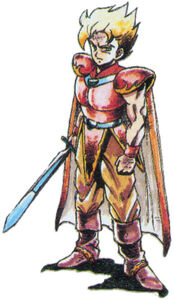 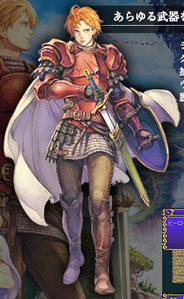 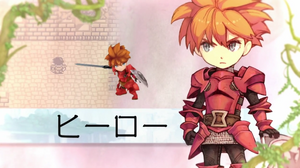 Sumo in Adventures of Mana.
Add a photo to this gallery