Low base attack and HP, high base magick and MP
See stats

A warrior who may Summon the most powerful of spirits, the beings known as espers.

Summoner is a job in Final Fantasy Tactics unlocked by achieving level 3 in Time Mage. A strong, magickal job, the Summoner can call forth espers to deal massive damage to all enemies, or aid allies. In the original version, it requires 9,710 JP to master. In The War of the Lions, it requires 9,800 JP. However, the Summoner can also learn its summon abilities by being hit by an enemy's summon: to truly master the job, the unit must have been attacked by a Darkening Cloud.

Summoner job command. Calls forth espers from the highest realms of the spirit world.

The Summoner is a hybrid offensive and defensive magick job focused on calling forth various creatures to help their allies and strike their foes. While summons are less powerful than Black Magick, they have selective targeting, meaning offensive summons will only damage enemies, while support summons will only affect allies. The Summoner boasts the second highest magick and MP attributes in the game after the Black Mage, but has low defensive stats. The Summoner is one of two jobs capable of dealing water damage, through Leviathan, the other being Geomancer with Torrent (Water Ball).

While Summoner can be used as a main job, switching to Black Mage and equipping Summon further boosts the unit's magicks. However, to learn new espers from enemy summoners, the affected unit needs to be a Summoner at the time the attack hits them; due to summons' selective targeting, only offensive summons can be learned by being hit with their attack. Like all spellcasters, the Summoner greatly benefits from the Time Mage's Swiftness support ability to shorten their cast times, and can also use the Mystic's Manafont to remedy their abilities' high MP costs. The Summoner also learns the useful Halve MP, which both helps its own casting, and is useful for any other spellcasting job.

Some of the summon commands appear. 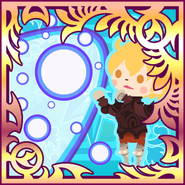 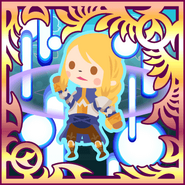 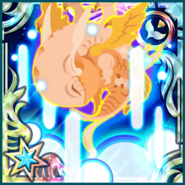 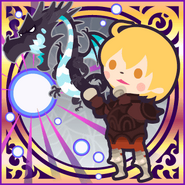 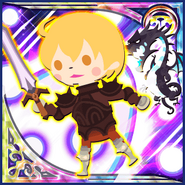 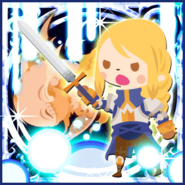 Summoner appears as a card in the Ivalice Special Arena has a limited-time special arena with eighteen floors.

Zodiark.
Mystic and a Summoner.jpg
Artwork of a Summoner with a Mystic.

The summons in the original version were simply called summon monsters, but were renamed espers in The War of the Lions.