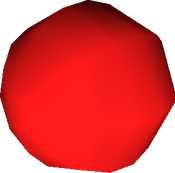 In the PlayStation 4 version the player earns trophies for finding the following Summon Materia: Leviathan, Bahamut, Bahamut ZERO, Knights of Round and Master Summon.

Each Summon Materia has five levels. The level of the Materia decides how many times the relevant Summon ability can be cast, with the level matching the number of castings per battle. An exception goes to Master Summon, which grants all summons to be cast an infinite amount of times, while the only limiting factor is the MP available to the summoning character. All Summon Materia sell for 1 gil only, regardless of the Materia level.

The elements given to Summon Materia do not always match the element of the ability the Materia grants. Both Choco/Mog and Typhon are Wind-elemental, while neither grant the user wind-elemental attacks. The Materia's elemental and status attributes can be utilized when paired with Support Materia in a party member's weapon or armor.

[view · edit · purge]Materia means "matter" or "substance" in Latin, Spanish and Italian; it also means "subject" in Italian and Spanish, and is the ascendant of Portuguese "Matéria".