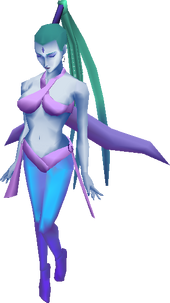 For the summon sequences, see: /Videos

Summon (しょうかん, Shōkan?) is a skillset from Final Fantasy VII the player gains access to after equipping a Summon Materia.

Summons can also be called via Cait Sith's Summon Limit Break in Slots where they are called for free, and the ability name will be the summon's name, with the exception of Fat-Chocobo and Gunge Lance.

Summoning in the PlayStation 4 rerelease earns the Fledgling Summoner trophy. 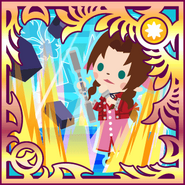 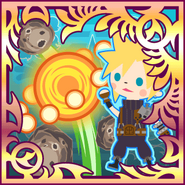 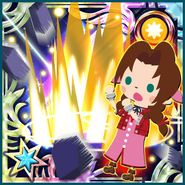 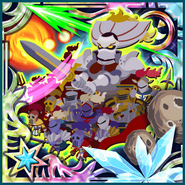 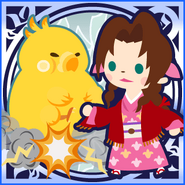 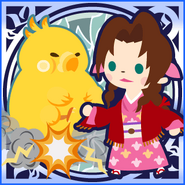 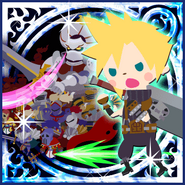 Summon Knights of the Round (CR).

This gallery is incomplete and requires Hades boss sprite added. You can help the Final Fantasy Wiki by uploading images.

Knights of the Round.

The Final Fantasy VII interpretations of many of the series's summons appear as stage hazards in the Midgar stage. If a player touches a Summon Materia floating around the stage, it will trigger the corresponding summon.

Tetsuya Nomura created the summons. The creatures themselves don't have official background stories,[1] although they are based on various recurring summons from the series, with some unique ones added, like Kujata.

Nomura did the storyboards for the summon and other effect sequences, and leaving it up to the programmers' to realize them for the game. Since 3D allows the change of perspective in various ways, it was decided to make the summons have flashy "camerawork".[2]

The ghosts playing chess in the Ghost Square of Gold Saucer appear use pieces that are the summons from the game.

Anger of the Land