Moro (Version 1)
Haijin (Version 2)
The Succubus is a dark-elemental Eidolon from Final Fantasy Dimensions II. There are two versions of the summon available for Jornee to equip as signets; a version that teaches her Darkga abilities, and another version that teaches her Blood Pain abilities. The former version can be obtained as a first-time completion reward for the "Doctor's New Research" side quest in the Present Ajima Outskirts, while the latter signet can be obtained by completing the "Crisis in Eidola" main quest of Chapter 6-1 of the Crystal of Time arc.

The first version of the Succubus provides Jornee with a large boost in HP with a decent magic stat boost; however, the other stats it provides are below average. Its Mesmerizing Kiss summon attack can be a decent way to recover the party's HP a small amount and to heal abnormal statuses. Depending on personal preference, players can easily replace the first Succubus signet due to its lower stats or keep it equipped to Jornee to take advantage of the large HP boost.

The second version of the Succubus has a lower HP stat, along with other balanced stats; however, it sports a large magic stat boost to increase Jornee's magic ability damage. Its Blood Ability combined with the unlockable passive to increase Jornee's dark-elemental damage is a great way to increase Jornee's magic damage output until the player can teach her the Flood ability. The drawback of this tactic is sacrificing HP to use Blood Pain. In addition, its Magicide Spell summon attack is a situational ability to dispel all enemy buffs.

Both signets are excellent signets to have equipped the moment they can be obtained, but both are eventually outclassed as the Crystal of Time arc ends and progresses to the Eureka arc.

Both versions of the Succubus depict a beautiful female seductress with imp-like elements, such as wings, devilish horns, and tail. The official description of the free-to-play version describes the Succubus as an Eidolon as a woman that appears in dreams that controls the power of darkness.

The summon attack for the first Succubus summon is Mesmerizing Kiss, which deals minor dark-elemental damage to all enemies and cures poison, darkness, and silence for the entire party. The second version of the Succubus allows Jornee to use the Magicide Spell summon attack, which nullifies all buffs and delays the next action of all enemies. Summoning the first version requires 1 bar from the Summon Gauge, while the second version requires 2 bars.

The following are the abilities Jorne can learn from the first version of the Succubus:

The following are the abilities Jorne can learn from the second version of the Succubus:

In the original free-to-play versions, both Succubus signets could only be obtained from the game's summon draw shop and could be equipped by all party members.

The second Succubus signet was originally a dark-elemental god-tier signet. It was an SS+ signet and could only evolve with the use of god stones. Instead of teaching Blood Pain abilities, the Succubus god signet taught Energy Charm abilities. In the premium version, the Succubus teaches the Blood Pain abilities that originally belonged to the version of Lilith that would become exclusive to Morrow in the premium version. 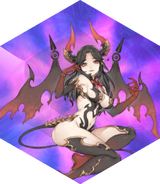 In the original free-to-play versions, the second Succubus signet's artwork was more revealing than in the premium release, with the side of her buttocks showing in all artworks. In the premium version, the artwork was altered to have an extra piece of clothing covering the originally exposed area. 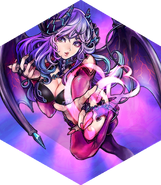 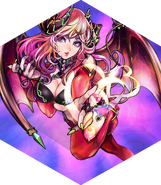 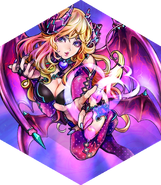 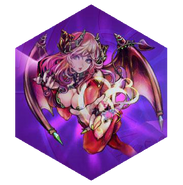 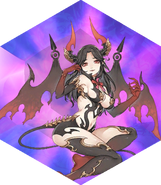 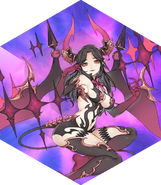 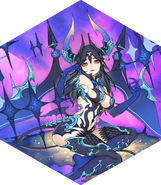 [view · edit · purge]In folklore traced back to medieval legend, a succubus is a female demon or supernatural entity that appears in dreams, who takes the form of a human woman to seduce men.