Ultimecia: Time shall compress. All existence denied.
It has been suggested that this article or section be merged into Spin Attack.
Further discussion should take place at this article's talk page.
—22:08, February 26, 2019 (UTC)

Spinning Attack (スピンアタック, Supin Atakku?) is a recurring ability in the series.

Spinning Attack is a hand-to-hand weapon skill. It delivers an area attack. The radius varies with TP. It provides the modifiers STR: 100%. It can skillchain into Impaction and Liquefaction. It requires a combat skill of 150.

Spinning Attack is also an enemy ability that spins into targets in a fan-shaped area of effect and has the additional Knockback effect. It is used by the Magic Pot family.

Spinning Attack is an aerial Bravery physical attack for Prishe, learned by default. It requires 20 AP to equip (10 when mastered), 150 AP to master, has Melee Low priority, and has the Absorb property. Prishe infuses her fists with fire, then spins upwards.

Spinning Attack can also be used as a follow-up attack to Bravery attacks, and costs 10 AP to equip (5 when mastered) and induces Wall Rush. 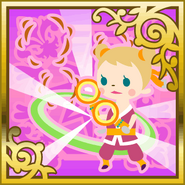 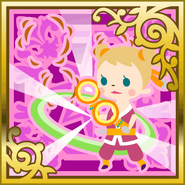