Setting up and how to playEdit 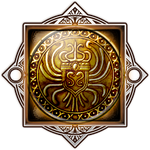 It is best to collect these three accessories in chapter 3, as it is no longer possible in chapter 5 due to the door being locked by the woman with the dog by her side who challenges the player to a sphere break game. The player can still earn the accessories via the Farplane Cup, but it will be hard even with a level 99 party.