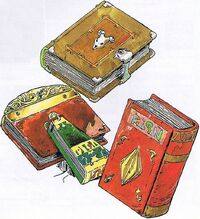 Magic (まほう, Mahō?) is a command in Final Fantasy Mystic Quest that allows the user to utilize magic spells found in the schools of magic.

The damage formula for Black Magic spells are.

The damage formula for Wizard Magic spells are.