Attacks all frontal targets when hit. It will plant a Glyph Mine upon a circle, causing instant KO when detonated. Use the trigger command Move to transfer to another circle.

Spectral Keeper is a Spirit-Beast fiend in Final Fantasy X. It appears after completing the Zanarkand Cloister of Trials.

The battlefield is unique, as each party member stands on a floating platform, each representing a temple Yuna has visited on her pilgrimage, with the Spectral Keeper in the middle. Party members can teleport to an adjacent platform at any time via Trigger Commands, but the Guard and Sentinel commands are disabled. Any aeon Yuna summons will stand on a rock outside the central area. Hellfire, Thor's Hammer, and Delta Attack have alternate animations against the Spectral Keeper, though the latter can't be seen under normal circumstances.

The Spectral Keeper can strike a random teammate with its tail, with a 50% chance of inflicting Berserk. When attacked, it will sweep its claws and hit anyone standing on the three platforms in front of it. When Provoked, it will target the Provoker with Berserk Tail followed by its area-attack. After taking damage four times, it will use its turn to place glyph mines on two random platforms that explode on their turn, causing Instant Death. The Keeper will not summon additional mines until the previous ones have detonated. If an aeon is summoned, glyph mines placed on panels will have no effect when they explode, though they will be placed under the aeon after the Keeper attacks them three times, which includes the Keeper counterattacking an aeon's attacks.

The boss is immune to most status effects and has equally high Defense and Magic Defense, although it is susceptible to Mental Break.

Merely having Berserk Ward will give full protection against Berserk Tail.

It is best not to use aeons unless their Overdrive bars are full, because they will only get a few turns. The party should be spread around Spectral Keeper, leaving one panel on either side of each character blank. This limits Spectral Keeper's ability to damage more than one character at a time as it can strike three panels at once, and it tends to lay glyph mines close together. Provoke can keep damage away from less robust characters; provoking characters should be kept in the line of Spectral Keeper's attacks. Sentinel (or Guard if this is not available) is another option for limiting its attacks to one character.

Using Mental Break makes Black Magic (especially Ultima) or Holy particularly effective. Curing Berserk and applying Protect may be necessary, and Berserk Ward or Proof armor are useful. Characters with high Evasion, such as Lulu, can work well against the Spectral Keeper's low Accuracy. Overdrives, Mixes, or aeons summoned with a full Overdrive or with Yuna's Grand Summon, will be useful to weaker parties in getting an Overkill (netting an extra Lv. 4 Key Sphere). 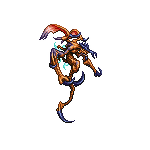 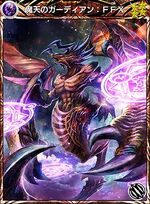 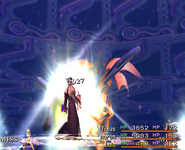 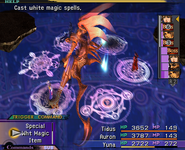 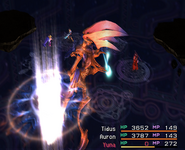