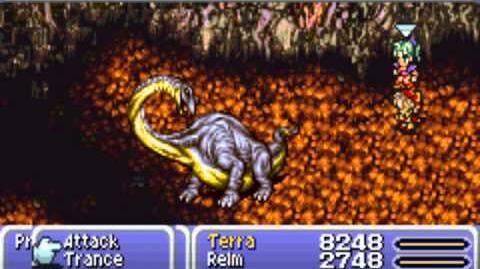 The Snort bug is a bug in Final Fantasy VI involving the Snort enemy ability. The bug happens when Snort is used by a controlled monster on itself. The enemy will be blown out of the battle, but Relm will still have control over it and will be able to attack with as if it was still present, with the exception that the animations of some attacks (mainly those ones which animations use the caster's position) will not be shown.

If all other enemies are killed, blown away with Snort, banished, etc. the battle will end normally. There is a bugfix patch that players can use to fix this bug on the SNES version.