Slots (スロット, Surotto?), is Wakka's Overdrive in Final Fantasy X. There are three different slots, each affecting the outcome of the attacks differently. Aligning all three doubles the effect. Unlike many iterations of the slots in other games of the series, the player can control the outcome completely. Slots are earned in blitzball tournaments.

Get the right combination for the ultimate shot!

Wakka's Slot Overdrive gains a power bonus the more time that remains. There are 20 seconds on the timer for all reels.

It follows this formula:

Slots itself is considered a Rank 5 ability, however, each of the abilities are Rank 4.

With Element Reels, Wakka spins the slots, with the four magical elements: water, fire, lightning, and ice. If three similar icons (I.e Fire-Fire-Fire) are lined up, Wakka unleashes a blitzball attack of that element on all enemies. If two out of three are the same, Wakka unleashes one attack at a random enemy with that element. If all three are different, Wakka just attacks a random enemy, but with more attack power than a normal attack. This Reel is available from the beginning.

All outcomes have a damage constant of 34.

With Attack Reels, Wakka spins the slots, this time with various attack multipliers: 1 Hit, 2 Hit, and Miss. The stopped multipliers determine how many attacks take place; for instance, if Wakka lines up 1 Hit, 1 Hit, 2 Hit, he would attack random enemies four times. If the symbols lined up are all the same, the attack is doubled; e.g., three 2 Hits will attack 12 times (6 attacks x2).

In the initial releases of Final Fantasy X, this was potentially the most powerful attack, usurped only by Anima's Overdrive in the PAL, International, and HD Remaster versions.

When using Status Reels, Wakka spins the slots, with three different symbols representing different types of status ailments. Matching three reels of the same symbol will launch an attack that hits all enemies, whereas matching two of the same symbol will affect only one random enemy. In both cases, the attack inflicts status ailments depending on the selected symbol. If there are no matches on any slot, a standard attack with increased power will be launched at a random enemy.

The Skull symbol inflicts Poison, as well as Sleep, Silence and Darkness for three rounds, the Down symbol inflicts Full Break, and the Egg-timer symbol inflicts Petrification, or if the enemy or enemies are immune, it delays their next turn considerably and inflicts Slow, if possible, to those with the haste status, thereby removing it.

All outcomes have a damage constant of 34.

With Aurochs Reels, Wakka spins the slots, with random combinations of the Element and Status Reels. If the three Besaid Aurochs symbols are lined up, Wakka will unleash a huge non-elemental, non-status attack on all enemies.

With the exception of Element Reels, which is available from the start, all Slots are acquired by playing blitzball and meeting certain requirements:

Once all Reels are unlocked, the Jupiter Sigil for Wakka's ultimate weapon, World Champion, can be acquired in a blitzball league.

If the player is having difficulty getting the Reels to appear as prizes, using Reset Data when the conditions are met for a Reel to be acquired will almost always bring the Reel up as a prize.

Wakka's Overdrives are featured as cards. 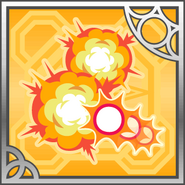 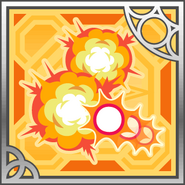 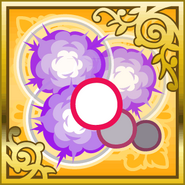 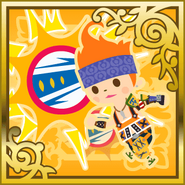 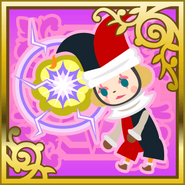 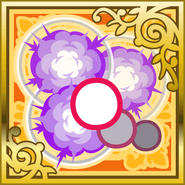 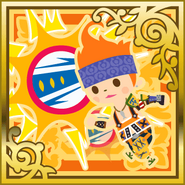 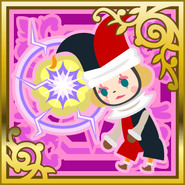 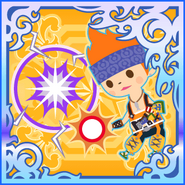 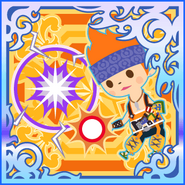 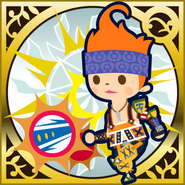 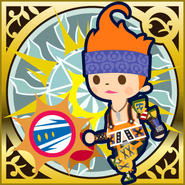 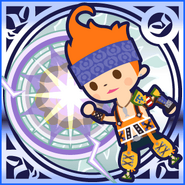 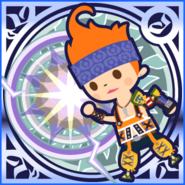 Both Element Reels and Status Reels appear as Soul Breaks for Wakka.

This gallery is incomplete and requires Aurochs Reels, Element Reels, Status Reels added. You can help the Final Fantasy Wiki by uploading images. 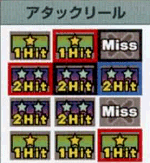 [view · edit · purge]A slot machine or simply slot is a casino gambling machine with three or more reels which spin when a button is pushed.