Sleeping Gas (すいみんガス, Suimingasu?), also known as SleepGas, Gas, Sleep Gas, and Hypno Gas, is a recurring ability in the series. It is primarily used by enemies to inflict the Sleep status on one party member or the entire party.

Sleeping Gas is an ability used by Dr. Lugae and Lunar Dragon, and inflicts Sleep on the entire party. It is used as a counter to a physical attack.

Sleeping Gas is an ability used by Calca through the Jive command, which randomly inflicts Sleep on either one enemy or all enemies. It is also used as an enemy ability by Dr. Lugae, Left Foot, Marquis Malboro, and Right Foot, and will only inflict Sleep on a single target.

Sleeping Gas is an ability used by Behemoth King (Undead) and Pandora, which inflicts Sleep to a single target.

Sleeping Gas is an ability used by Grat which inflicts non-elemental damage and Sleep to the entire party as a counterattack.

SleepGas is a status inflicting ability that has 15 uses, it also increases a Robot's HP by 9. It inflicts Slep to one group of enemies. This ability can be used by Champgno, DarkRose, F-Flower, Mushroom, P-Flower, Shiitake, SunPlant, Toadstol, and Sho-gun.

SleepGas is an enemy ability that inflicts one enemy with Sleep. It can be used by Mushroom, Thoth, and Horus. 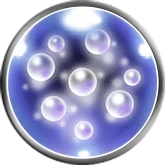 Sleeping gas is an oneirogenic general anaesthetic that is used to put subjects into a state in which they are not conscious of what is happening around them. Incapacitating agent is a related general term for "knockout gases" or "KO gas" that ideally render a person unable to harm themselves or others, regardless of consciousness.