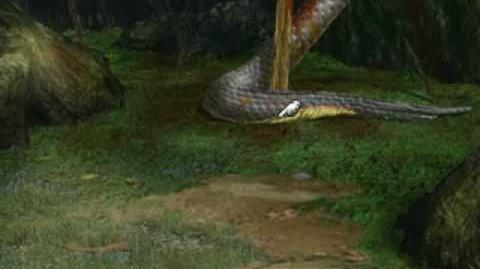 Normally, the player can only view the scene with Cloud, Tifa, Barret, Aeris and Red XIII. But if the player visits with Yuffie, she will have a line of dialogue that cannot normally be seen (and therefore considered to be dummied).

If the scene is viewed later in the game when Tifa or Cid is the party leader, it will play as normal, with Cloud's initial line still displaying despite him not being in the party.

If the player returns with other characters not available at this point (Cid, Vincent, or Cait Sith), the game will not load their models, as they are not referred to in this field. The scene will still play out as normal, however Vincent and Cait Sith will never appear, and if Cid is the party leader, the player will be controlling an invisible character (with their position noted by the cursor if they have the setting on).

On the island of Wutai, if the player wishes to travel to Wutai Village during Disc 1 with the Tiny Bronco, having obtained Yuffie previously, the player will engage in a scene on the south of the island where Yuffie will steal the party's Materia. This can be avoided by accessing the menu in the same way. This means the player will instead view a similar (but different) scene when entering Wutai instead, intended for players who land on the north of the island with the Highwind. Due to this, Aeris can appear in the later scene despite it not usually being possible. Her text in this scene is identical to the other skippable scene.[1]

During either the Midgar Zolom or the south-Wutai event, if the player were to access the menu to skip the scene and then saves on the spot, they would be able to continue without viewing the scene as normal. However, if that save is loaded the player will immediately be taken into the location.