Siren is a water-elemental Eidolon that appears in Final Fantasy Dimensions II. There are three versions of Siren available in the game for Aemo to equip; one that teaches Lullaby abilities, another version that teaches Healing Harmony abilities, and a third that teaches Invincibility Song abilities. The default Siren signet is obtained as the first-time completion reward for the "Antarctic Wind" side quest in the Present, the second version is obtained by completing her sixth episode, "Aemo, Chronos, & Flower", and the third is obtained for completing the "Aemo's Spacetime" main story quest in Chapter 6-3.

If the first version's signet is obtained when it becomes available during Chapter 1-1, it will provide a small boost to all of Aemo's stats. The signet has no passives to unlock at its max rank and is ultimately replaceable as the player progresses through the game's opening chapters.

Due to the second version being an Episode signet, it is possible for the player to accidentally skip obtaining it until very later, especially if they lack the require ability amount to unlock the episode. However, if obtained around the time it becomes available during Chapters 3 - 4, her signet can provide Aemo with balanced HP, attack, and magic stats. The signet's Healing Harmony abilities are one of Aemo's best abilities to have at that point, as it functions as a group-wide Esuna. While the signet's passive of giving Aemo a Regen stack for two turns seems helpful, it unfortunately does not become accessible until later chapters when the signet is already outclassed stat-wise.

The final version of Siren is one of Aemo's best signets during the finale of the Crystal of Time arc, providing Aemo with a moderate HP bonus, along with balanced stats if upgraded to its second rank. Its Invincibility Song abilities provide a party-wide negate damage effect, which is helpful against the Crystal of Time arc's final boss. If upgraded to max rank during the Eureka arc, the player can take advantage of the negate poison passive and its decent boost in Aemo's stats. However, the signet is ultimately replaceable, only serving as a situational signet for the occasional use of its passive.

The default version of the summon depicts a young girl with blonde hair wearing a one-piece bathing suit with stockings and heel-less and toe-less socks. As the signet evolves, Siren's bathing suit begins to shorten, loses its sleeves, and her stockings; only to keep her socks and her harp grows in size. In addition, as a nod to Siren from Final Fantasy VIII, the final version's hair becomes more feather-like.

The second version of Siren based on the boss of the same from Final Fantasy V, taking elements from her original artwork by Yoshitaka Amano. The signet's final appearance depicts Siren with a brownish hue, referring to her undead transformation during her boss encounter. In addition, her final form has souls encircling her that are colored pink, purple, and blue, referencing to the boss attempting to steal the souls of Bartz, Lenna, and Faris in the Ship Graveyard.

The final signet depicts a young woman with wings playing the harp in hands, while floating above a patch of ocean waves. She is depicted in a feather adorned brown and white skirted one-piece bathing suit, arm-length half-gloves, and white stockings. As her signet evolves, the feathers on her bathing suit begin to glow and the waves beneath her begin to become more massive and violent.

All versions of Siren use the Silent Voice summon attack, which deals water-elemental damage to all enemies and has a chance to inflict silence. Summoning Siren costs 1 bar from the Summon Gauge.

The following are the abilities Aemo can learn from the first version of Siren:

The following are the abilities Aemo can learn from the second version of Siren:

The following are the abilities Aemo can learn from the third version of Siren: 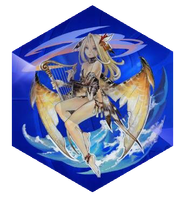 In the original free-to-play versions of the game there were two variations of the default Siren signet; one that taught Lullaby abilities, and another variant that taught Healara abilities.

All three versions of the signet could only be obtained through the game's summon draw shop.

In the original Japanese free-to-play versions of the game, the first Siren signet's artwork was more revealing; exposing her entire thigh area and her waist era, with the final artwork exposing a large amount of her cleavage. All three artworks of the default Siren signet were changed in all versions of the premium release of Final Fantasy Dimensions II. The changes made her swimsuit cover up her upper thigh area and add more to her collar area to cover her cleavage completely.

The second version's artwork went through similar changes, due to the original free-to-play version using a risque swimsuit that exposed her thighs and waist area. In addition, her legs were bare in all the artworks. All three artworks were changed to make her swimsuit have a white skirt covering the bottom half of her swimsuit and had white stockings added. 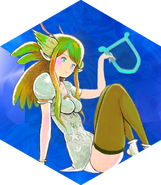 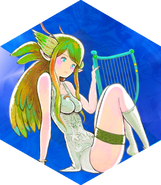 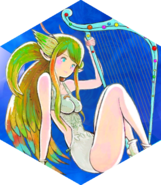 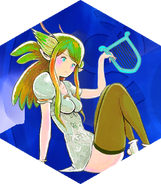 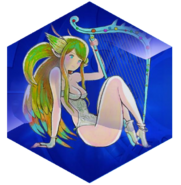 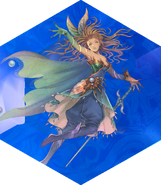 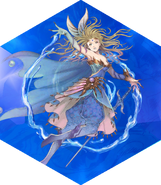 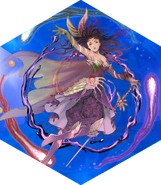 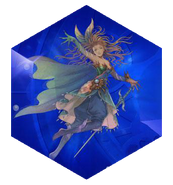 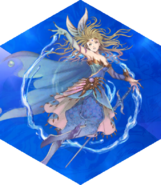 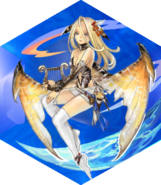 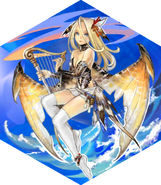 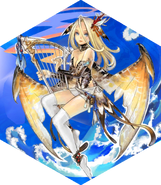 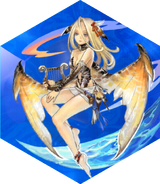 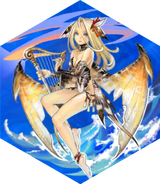 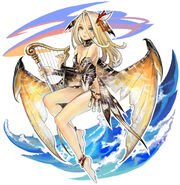