Snare is a Dance ability and is used through the Love Serenade and Snowman Rondo with a 2 in 16 chance. It can also be used in the Twilight Requiem with a 6 in 16 chance. It causes Death to one opponent, it has a Hit Rate of 100, and it will fail on targets immune to Death. It works against the undead, and stalls final attack for 1 turn. Gau can use the Snare ability through the Mu Rage.

Sinkhole is an ability that can be learned through the Geomancer job. A Geomancer standing on either the Soil, Wasteland, or Road terrain tile will use Sinkhole to deals non-elemental damage with a chance of inflicting Immobilize to any enemy units within five squares. It costs 150 AP to master.

Sinkhole is an ability. 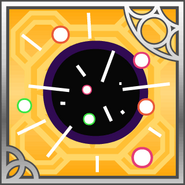 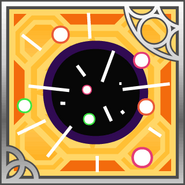 [view · edit · purge]A sinkhole is a depression or hole in the ground caused by some form of collapse of the surface layer.