Sight Unseeing (暗闇殺法 or 暗黒殺法, Kurayami Sappō or Ankoku Sappō?, lit. Dark killing) is a recurring ability in the series.

Sight Unseeing is a Technick that causes the target's HP to drop drastically to a random number between 0 and 8, thus making it a great tactic for poaching enemies vulnerable to it. If the ability reduces an opponent's HP to 0, it functions as an Instant Death attack. Sight Unseeing can only work if the user is blinded, and the Technick initially has a low base hit chance, but improves as soon as the user's level is higher than the target's level. The Technick's range is the same as the equipped weapon's.

Sight Unseeing works against any foe that doesn't have the "safety" passive ability. Rare Game, Marks, bosses, elementals and the undead are thus immune, but there are a few areas in the game where the Technick works well. In Subterra the frog- and mistmare-type enemies are weak against the skill and can be killed very fast with Sight Unseeing, a useful tactic as the enemies there are intended to swarm the party.

In the original version, it can be bought in Rabanastre, Nalbina, and Jahara for 6,800 gil. In the Zodiac versions, the Technick is in a chest in the Canopy of Clay area of Zertinan Caverns and can be used by Foebreaker, Knight, Bushi, and Monk. Monks must first acquire the License for the Esper Zeromus. Reddas also has it in the Zodiac versions. 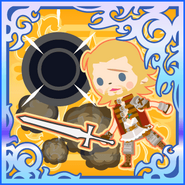 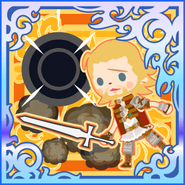 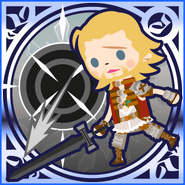 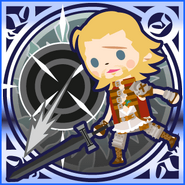