Sight (サイトロ, Saitoro?) is a recurring White Magic spell from the series. It enables the player to open the world map.

Sight is a Level 1 White Magic spell bought for 100 gil at the Village of the Ancients. It can be used by the Freelancer, White Mage, Knight, Scholar, Devout, Sage and Onion Knight. The item Gnomish Bread works the same way.

In the 3D versions, the player has access to the World Map at any time, but it will only display the locations they have already visited. However, using Sight (or a Gnomish Bread) to open the World Map will instead display every visitable location in the game, regardless of whether the player has already been there or not.

In the 3D versions, the World Map is always accessible. Sight allows the player to see the locations of specific towns and caves when used outside, and also allows them to scroll between the maps of the various floors inside dungeons.

Sight is a White Magic spell. It is known initially by Cecil, Rosa, and Porom. It allows the player to view the World Map from a bird's-eye view when on the overworld map at the cost of 2 MP.

Sight allows the player to view the World Map. It is a spell usable by Cecil and costs 2 MP.

In Deep Dungeon, an item called the Pomander of Sight (魔土器:サイトロ, Madoki: Saitoro?, lit. Magic Pottery: Sightro) reveals the current floor's map and the location of all hidden traps.

In the Delubrum Reginae, a Lost Action called Lost Perception (ロスト・サイトラ, Rosuto Saitora?, lit. Lost Sightra) detects traps within a radius of 15 yalms; if there are no traps within 15 yalms, it alerts the player to the presence of traps with a radius of 36 yalms. An identical action in Eureka exists as a Logos Action, called Perception L (ロゴス・サイトラ, Rogosu Saitora?, lit. Logos Sightra). Noteworthy about these actions is that this seems to be the first time the spell Sightra has appeared in the series.

Sight is a Story Mode ability. It reveals all pieces situated in all Enigma Areas.

Sight comes in three levels of power, each level increasing the chance of meeting a moogle during Field Music Sequences by 7%, 15% and 25%, respectively. Minwu, Bartz, Locke and Tidus learn all three levels of Sight at various levels. Any character can learn Sight Lv 1 by using the Kupo Nut Recipe.

The Sight Spell is able to reveal the entire map of the dungeon floor it is used in, along with the locations of foes, items, traps, and stairs.

It can be cast by reading a Sight spellbook, or by using the "Search" ability, which is learned by the Scholar job at level 3. 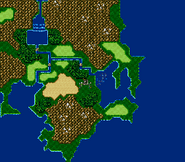 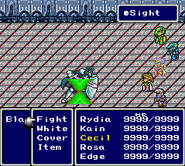 Visual perception is the ability to interpret the surrounding environment by processing information that is contained in visible light. The resulting perception is also known as eyesight, sight, or vision.