The symbol for Shiva and Macalania (see "Shiva's seal" in the gallery for this section) is annotated with the kanji for ice (氷, Kōri?). 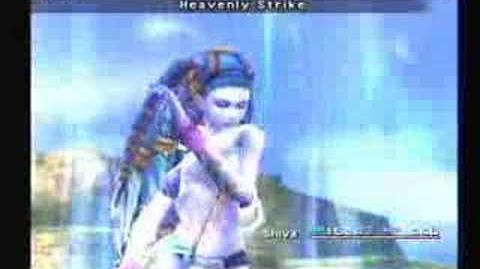 Shiva has the highest initial Agility and Evasion of all the aeons. Her special attack is called Heavenly Strike, which does ice damage and inflicts Threaten to enemy. Though she starts out knowing only ice magic, she can be taught any ability provided the player has enough items. Ice magic heals her. Her Overdrive is Diamond Dust, and her victory pose is to sweep back her hair.

After Lulu receives and charges her Celestial Weapon, Onion Knight, Shiva will be able to break the damage limit of 9,999. 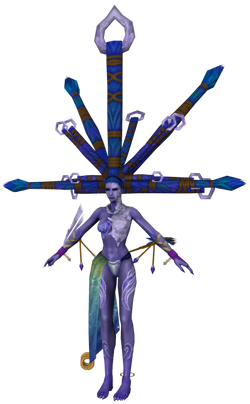 Shiva in the ending.
Add a photo to this gallery