A good use for Shiva's I Mag-RF refine ability early on is to fight Fastitocalon-Fs on the beaches of Balamb and turn their spoils of Water Crystals into Water spells, a powerful magic early in the game. 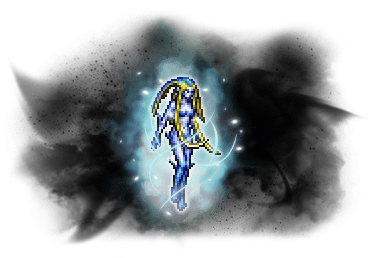 Final Fantasy VIII Shiva in a clear action figure.
Add a photo to this gallery