Shiva is an esper in Final Fantasy VI who can be acquired as a magicite after being fought.

Shiva appears as a blue, humanoid creature with a feminine look. She wears small, pink clothing, and has green hair.

Shiva was one of several espers captured by the Gestahlian Empire during their first raid on the esper world. The captive espers were taken back to the Magitek Research Facility at Vector, and for sixteen years they were experimented on and had their magic drained to develop the Empire's Magitek army.

When the Returners infiltrated the facility to shut it down, they came upon Kefka abusing Shiva and Ifrit, laughing they had been drained of their powers and were useless. Kefka threw the two down a garbage chute, and the Returners dropped down after them. The two attacked when the Returners approached, but after a moment they sensed the presence of Ramuh and stood down. The two explained they had been drained of their powers and tossed in the chute to die, as had been done with many espers before, but there was hope for this still being held captive. The two transformed into magicite and entrusted themselves to the Returners to save their comrades.

Shiva costs 27 MP to summon and casts Diamond Dust (Gem Dust in the Super NES and PlayStation versions). It deals ice-elemental damage to all enemies with a spell power of 52. She does not provide stat boosts when leveling up.

Shiva is not terribly useful overall, but she has utility in the Burning Home where the enemies are weak to ice and appear in large groups. Otherwise, Shiva has too low power to be worth using, being slightly weaker than Blizzara and costing a bit more MP.

Shiva teaches useful spells when acquired, but in the long run is an inefficient esper to teach magic—Bismarck, Zona Seeker, and Seraph teach four of Shiva's spells at faster learn rates and can be acquired shortly after her. She teaches Blizzara at the highest rate in the game, but Maduin teaches all three second tier spells, and it is overall much quicker to learn them from Maduin at once than learn them individually from Shiva, Ifrit, and Ramuh. 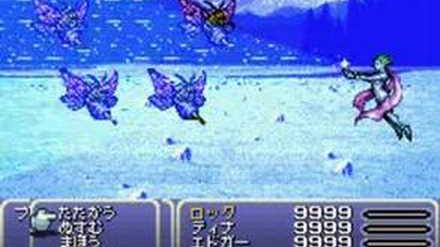