Shinryu is a water-elemental Eidolon from Final Fantasy Dimensions II. Two versions of Shinryu are available in the game; Wrieg's version, which teaches Blizzaga Breath abilities, and a stronger version available to Parai, which teaches him Devil Claw abilities. Wrieg's Shinryu signet can be obtained as the completion reward for the "Cramer the 13th" main quest during Chapter 4-2 of the Crystal of Time arc, while Parai's version can be purchased through the Mog Shop for 10,000 gil at the started of the game's Eureka arc.

Wrieg's version of Shinryu is an excellent signet at the time it is obtained, providing him with higher magic stats and teaching him Blizzaga Breath, which is highly useful for targeting stronger groups of enemies or against fire-elemetal enemies. Its passive boosting Wrieg's water damage potency by 16% is useful for boosting Blizzaga Breath's damage output when progressing from Chapters 4 through 5 of the Crystal of Time arc.

Should the player obtain Parai's version the moment it becomes available, Parai will be able to take advantage of the massive HP and attack boosts the signet provides, along with the other balance stat boosts. Aside from the ability to remove magic reflection stacks from enemies, Shinryu's Devil Claw skill is a lackluster ability for Parai. Its unlockable passive restoring 13% of the user's MP every turn can be useful for managing Parai's lower MP pool.

The following are the abilities Wrieg can learn from his version Shinryu:

The following are the abilities Parai can learn from his version Shinryu:

In the original free-to-play versions, both versions of Shinryu could only be obtained through the game's summon draw shop and could be equipped by any party member.

The version that would become exclusive to Wrieg was identical to the premium version, allowing the wielder to use Blizzaga Breath abilities. However, its summon attack was a unique version known as Tidal Wave Enhanced (タイダルウェイブ改, Taidaru Ueibu Kai?).

The version of Shinryu that would become exclusive to Parai was originally a unique version of Shinryu known as Shinryu Ω (しんりゅうΩ, Shinryū Ω?). The Shinryu Ω signet did not teach the Devil Claw ability like in the premium release; instead, it allowed the wielder to use the Super Nova abilities. Its summon ability was Tidal Wave Ω (タイダルウェイブ Ω, Taidaru Ueibu Ω?). 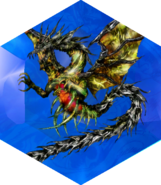 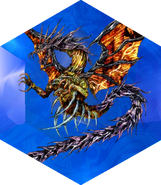 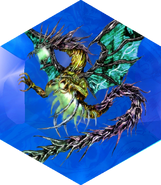 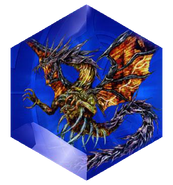 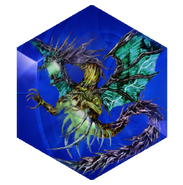 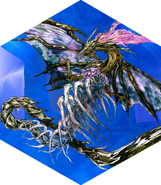 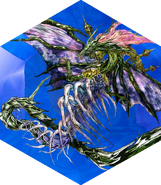 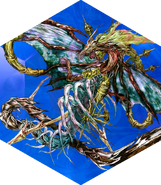 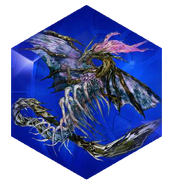