How the hell'd we get saddled with this junker!?

The driver's seat has been depicted as being on both the right and left sides. Concept art usually depict it on the right side

(as cars in Japan have it), and this is how it appears in Crisis Core

Tifa Lockhart steals the vehicle from the Shinra Building showroom during Avalanche's escape from the building; while Cloud Strife leads the escape on the Hardy-Daytona, Tifa drives the SA-37 along the Midgar Expressway to safety with Aerith Gainsborough on the passenger seat and Barret Wallace and Red XIII riding on the back. In the remake Tifa steers, Barret helps Cloud by firing at the Shinra pursuers with his machine gun, and Red XIII heals Cloud. Barret continually complains on how terrible their ride is. After shaking off their pursuers the party abandons the vehicle at the end of the Midgar Expressway and make their way toward Kalm on foot.

Tifa drives the hauler in "The Nightmare Beginning Anew" to escape the Shinra Bldg.. Rather than the car having its own HP bar, each passenger has their own HP that gets depleted when the Shinra motorcyclists attack the car. The characters will then start the boss battle at the end of the highway with the HP they had left from the minigame (1 HP minimum).

The player controls Cloud on a motorcycle. Controls for the minigame are presented on-screen, and the player can form a party. The goal of the minigame is to destroy the enemy bikers while protecting the truck with the party members. Cloud can either ram into the enemy bikers, or use the corresponding button to swing his sword left or right and destroy them. The minigame can be replayed in the Wonder Square of Gold Saucer as G-Bike.

Tifa drives the hauler in "Flying Through the Night" during Chapter 18, "Destiny's Crossroads". The hauler/Tifa has a separate HP bar in the bike minigame and takes damage when the Shinra pursuers attack it. The player's goal is to defeat the Shinra forces while avoiding their attacks and preserving Cloud's HP, though Red XIII will top him up between segments. When re-playing the chapter from Chapter Select or Hard Mode, the player can opt to skip the minigame. 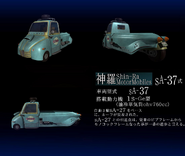 The hauler in the showroom in Crisis Core. 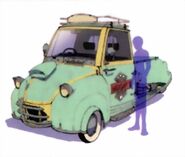 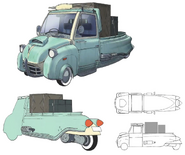