Shantotto's default player name is Nameless Matron, and her manikin counterpart is renamed Matron of Antiquity.

Her first alternate costume is "Ministerial Vestiture". It is an updated version of her "Black Cloak" EX Mode attire from Dissidia 012 Final Fantasy, and Apururu's attire from Final Fantasy XI. Its first alternate coloration recolors her robes light blue, her hood yellow, and additional white patterns across. The second alternate coloration recolors her robes and hood maroon, and additional white patterns across.

Her second alternate costume is "Wedding Dress". It is an updated version of her "Wedding Dress" DLC attire from Dissidia 012 Final Fantasy, which is in turn based on the special set of clothing with the same name from Final Fantasy XI. The first alternate coloration recolors the dress cream with her brooch sky blue. The second alternation coloration recolors the dress grey with her brooch purple.

The Federation's Fiend A.

The Federation's Fiend B.

Shantotto is disinterested in the war between Materia and Spiritus, and spends her time in trying to find a way out of the conflict and back to Vana'diel.

Shantotto equips staves as her main weapon. All her staves can be equipped by the player character in Final Fantasy XI, though Shantotto herself never uses them in game. 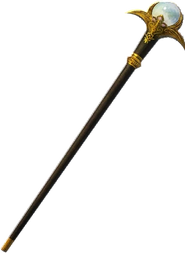 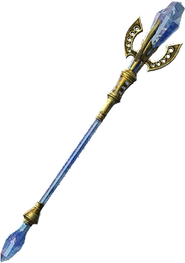 Shantotto returns to World B after being summoned by Materia as one of her chosen warriors. She watches as Kefka passes by in jubilation, closely followed by the Cloud of Darkness and Sephiroth. After being briefed by Materia of the new cycle and their goal, Shantotto is disinterested and instead plans to find a way back home to Vana'diel. After leaving Materia's domain, she enlists Firion and Tidus to help with her endeavors.

Along their travels, Shantotto scolds Firion and Tidus for gossiping behind her back as they pass through the Narshe gateway. They encounter Exdeath, who readily attacks them. Shantotto deflects his attack, and together with Tidus prepares a counterattack. They are interrupted when Kefka appears and snatches Tidus and Exdeath into the Pandaemonium gateway. Giving chase, Shantotto engages in a verbal dispute with Ultimecia before battle commences.

The energy born from their fight creates a gateway to the Rift, and Shantotto seizes the chance to escape with Tidus and Firion by blindsiding Ultimecia, Kefka, and Exdeath. Their efforts are in vain, as the planesgorgers descend upon the realm and block their exit. Shantotto begins to speculate another way out, however, a portal opens up beneath her and she accidentally falls in. Shantotto winds up in Alexandria, where Cloud and Bartz are waiting for help to arrive.

Shantotto offers to lead them back to Materia's realm, wanting to inform her of the planesgorgers sapping the life force of this world. Upon arriving at her domain, Materia initially dismisses their concern and asks why they don't simply destroy the planesgorgers themselves. Shantotto, bothered by Materia's ignorance, initiates communication with Spiritus's domain, where the Warrior of Light, Cecil, and Noctis are waiting. Shantotto, Cloud, and Bartz bear witness to the gods agreeing to set aside their differences for the greater good.

A final clash is orchestrated, and Shantotto assists by defending Terra and Y'shtola from a combined magic attack from Ultimecia and the Cloud of Darkness with a more powerful spell of her own. The battle awakens Shinryu, the dragon god responsible for the planesgorgers. Shinryu descends upon the battlefield and Shantotto and the others unleash a direct assault against the dragon god. After a hard-fought battle they claim victory. With the threat finally gone, Shantotto departs from World B, leaving behind a crystal imbued with her essence for Materia to use in her stead.

Type: Marksman - Shantotto becomes enraged when her HP drops below 2,500, causing her Bravery attacks to deal consecutive hits. She will stay enraged until being incapacitated. Shantotto moves slightly faster when enraged.
EX Skill: Colossal Shantotto - Grow in size and unleash a shockwave at the opponent. Shantotto is invincible while doing so.

Shantotto with Warrior of Light and Firion 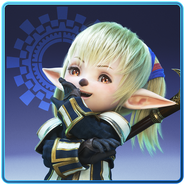 Shantotto alongside the other 14 main characters.