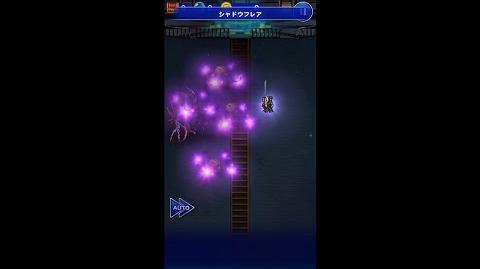 Shadow Flare (シャドウフレア, Shadou Furea?) is a spell usually associated with Blue Magic. It is essentially an "evil" version of Flare, often of the Dark element.

Shadow Flare was a spell available to the Arcanist class at level 50, as well as its subsequent jobs of Summoner and Scholar. It has a 50 potency and lasts 30 seconds, is an area-of-effect aura based on a location of the player's choice, and inflicts the status effect Sustained Slow with a potency of 5%. Enemies that step into the aura will take damage as soon as the next damage "tic" is calculated, or immediately if the spell is cast where they are standing. It has been removed in Shadowbringers.

Shadow Flare is also a spell used by enemies, most often by Ascians or related enemies. This version is often a direct damage attack that hits the entire party.