Shades of Black is a Technick that casts a random Black Magicks spell for no MP cost and ignores the Silence status. It even casts spells which are yet to be obtained. Its major drawback is that the player has no control of the spell that will be cast on the target. Also the Charge Time is longer than normally casting a spell.

The Technick can be bought in Archades for 5,000 gil and its license costs 40 License Points.

In the Zodiac versions, Shades of Black can be used by the job classes Foebreaker, Monk, Bushi, Shikari, Archer and Uhlan. Shikari and Foebreaker must first acquire the license for the Esper Adrammelech and Cúchulainn respectively. Shades of Black is a new Technick used by Larsa, replacing Telekinesis from the original version.

The Technick is found in a treasure in the Tomb of Raithwall's Cloister of Flame. In the Zodiac version, the player can't target allies with the tech to bounce it off Reflect, but the spells cast from Shades of Black do reflect if the enemy has the status.

As the categorization of magick spells in Zodiac versions is rearranged, the spells to be drawn are slightly different, e.g. Ardor can no longer be cast with Shades of Black, because it is not a Black Magick spell anymore. The spells are also equally weighted, with low level spells having equal chance of being drawn as high level spells. 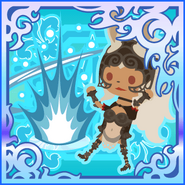 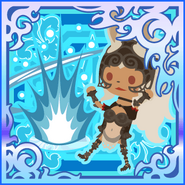 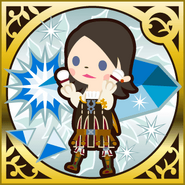 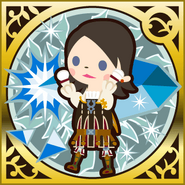 Shades refer to subtle variations on a concept, referencing the many varieties of Black Magick that this Technick can cast.