Sentinels are defensive specialists. They provide interference, drawing enemy aggression toward themselves and using their enhanced defense to minimize damage to the party.

Sentinel is a paradigm role in Final Fantasy XIII whose main function is to shield allies from enemy attacks with enhanced defense. They can counterattack after taking on enemy attacks. The role is symbolized with the initials SEN and the color yellow.

Merely being in the role boosts the character's defense against both physical and magical attacks and the bonus is distributed to a lesser degree to the other party members. The bonus depends on the role level and applies even if the attack ignores physical/magical defense. If a paradigm has more than one Sentinel, the bonus is the sum of all applicable Sentinel bonuses.

Sentinel is a primary role for Snow and Fang, and a secondary role for Lightning, Vanille, Sazh, and Hope.

The player earns the Sentinel's Seal achievement upon learning all the abilities and reaching level 5 for the Sentinel role of a single character. This can only be achieved after defeating the final boss to unlock Stage 10 of the Crystarium.

Below are the Crystarium Levels when each character can advance in role level.

The Sentinel's role bonus reduces damage, and the bonus extends to other party members. If the party has more than one Sentinel, the Sentinels get both their personal bonus for being a Sentinel in addition to the party Sentinel bonuses from the other Sentinel(s). The role bonus is not contributed if the party member is incapacitated, and when summoning an Eidolon, only the party leader's role bonuses count.

Stock a set of commands focused on protecting allies.

While a Sentinel is using any of its defending abilities, they won't flinch from attacks or be launched by them. 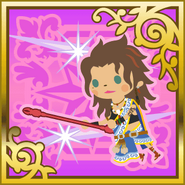 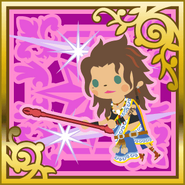 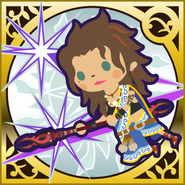 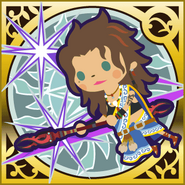