A Trap Is Sprung

Escape from the Reactor

Escape from the Reactor

Storm the Gates
Escape from the Reactor, Sentenced to Death, Monitor Data, and Status of the Airbuster are quests in Chapter 7, "A Trap Is Sprung", in Final Fantasy VII Remake, taking place in Mako Reactor 5. After setting the charge in Mako Reactor 5, Cloud Strife, Barret Wallace, and Tifa Lockhart flee the reactor.

Once the charge is set, leave via the ladder, and a cutscene commences. An elite shock trooper and two shock troopers appear. They are similar and are dealt with using the same strategy: use

Fira, if learned) for quick damage, otherwise attack when they are not moving, pressure them, and unleash stronger character abilities against them. Once dealt with, a cutscene commences.

Once the cutscene ends, head through the open door to the assembly plant, and interact with the door to commence a cutscene, following which several security officers and elite security officers are fought. Using magic spells against a group that are clustered together can kill them quickly, while normal attacks deal with the stragglers. After this, follow Tifa to a computer, and interact with it for some dialogue. Follow Barret and interact with the console adjacent to him, at which point a keycard will be needed. This can be obtained on the desk on the lefthand side of the room. Interface with the console to dispose of an M-unit. Disposing of more units can reduce the Airbuster's damage when it is fought later.

To proceed, use the console at the back end of the room to open a corridor forward to a room where Monodrives and Laser Cannons are fought. Monodrives can be dispatched with simple physical attacks, while Barret can focus on the Laser Cannons from a distance. Follow the ramp up and interact with the door to another large room with more security officers and elite grenadiers; as before, they are easily dispatched with simple attacks and character abilities.

In the back-left corner of this room, a

Lightning Materia can be picked up, and a single keycard can be found in a desk on the lefthand side of the room. Interacting with the console on the lefthand side of the room will remove the AI programming core and slow down Airbuster, while interacting with the console on the righthand side disables big bomber shells. Removing the AI programming core and slowing Airbuster down will make it easier to target with melee attacks from Cloud or Tifa, though they will frequently need to dodge. It will also make it shoot lightning beams from its hands less, and the party gets stunned less by its electric attacks as well. Removing the big bomber shells will reduce Airbuster's damage output and ammunition, and make it use its Big Bomber less. The choice depends on the player's playstyle: if the player is good at dodging, or have built for being durable, slowing the boss down makes more sense; if the player is less durable and use magic frequently, or otherwise is less concerned with a boss evading their attacks, then disabling the bomber shell makes more sense.

After using the chosen console to disable a unit, interact with the chosen console at the end to open a ramp leading up to where elite shock troopers and Laser Cannons are fought; take care of the Laser Cannons with Barret, then use the usual tactics against the elite shock troopers. Head up the ram ponce more to a final room with security officers and elite security officers, in which the same tactics as before apply.

After choosing, the console at the top of the room opens the door leading out. In a final room, a treasure chest contains the

Sonic Strikers for Tifa, a useful weapon for her with many materia slots that is built towards magic and elemental damage, useful if she is making use of

Elemental Materia combined with lightning materia against the boss. Heading up the room leads to a final room with elite security officers and elite grenadiers, in which the same tactics apply.

After this room is cleared out, a keycard can be obtained on the righthand side, another can be obtained in the corner of the room, and four consoles can be used. On the upper-right, big bomber shells can be disabled (mitigating Airbuster's damage from some attacks); on the lower right, an M-unit can be disabled (increasing the items rewarded at the end); and two AI programming cores are found on either side on the left. the lower-left, an AI programming core can be disabled (slowing its fingerbeam attack). The same choice applies as the previous room. At the bottom of the room, the door is opened. Elite shock troopers are encountered for another battle, as the corridors lead up to the control room above the reactor core.

Head through the linear path leading to the armory, where a sort cutscene commences, and several riot troopers, elite riot troopers, and elite grenadiers are fought. Magic is the easiest way to eliminate them, though if the riot troopers target a party member, switching to another character to attack them from behind their shield is equally effective. Once all enemies are defeated, Tifa will beckon Cloud to check the Airbuster status; approach her for some short dialogue, and after a while, the Cutter is fought.

Thundara an effective strategy. It will respond to magic attacks by firing a beam that inflicts

Silence, preventing party members casting spells. Cast Thundara or Thunder against its exposed left and right blade to destroy them and pressure it, dodging its silencing attack, and once staggered, use Tifa's Unbridled Strength with martial techniques to increase its stagger damage, and lay into it with abilities.

With Cutter destroyed, head up the stairs left behind to another floor. An ether can be obtained here, and a staircase leads up to another floor with Monodrives, which can be dispatched easily. Head up further and use the elevator. After a cutscene, use the console to lead to some dialogue. This leads into the next quest, Storm the Gates, as well as a sidequest Waste Recovery.

The enemies are much more durable than before, but conserving MP is important. Combining lightning materia with elemental can still be useful against the Cutter fought at the end, but magic should be avoided. Cloud can make use of

Steadfast Block Materia while also staying in Punisher Mode to counterattack and use Triple Slash to move between enemies and attack, Tifa can use abilities, such as Starshower, to deal damage while being invulnerable, and Barret can stay at a distance while firing Maximum Fury.

Because items cannot be used in Hard difficulty and gil is so abundant, M-units should not be disposed of in favor of AI programming cores or big bomber shells. Although Airbuster's big bomber shells can be very powerful, they can be guarded against with

HP Up Materia and steadfast block can also grant resistance to it. It may therefore be easier to remove AI programming cores so as to make the Airbuster easier to target with Cloud and Tifa's attacks (or Barret's if he uses a melee weapon). 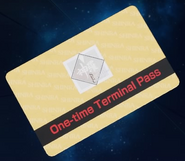