The Semitt Falls is a location from Final Fantasy II. Located east of Fynn, it contains a store of Mythril. In order to reach it, Firion and his allies must defeat a Sergeant of the Palamecian army.

One of the floors in Semitt Falls has a stone room where workers from the nearby town of Salamand are kept prisoner by Palamecia. The thief Paul explains their plight and how they, along with Josef's daughter Nelly, were forced to mine Semitt Falls for Mythril. The slaves, including Nelly, are released by Firion and return to Salamand. Firion and his allies venture further within the cave to defeat the Sergeant and retrieve the Mythril.

Later, Josef gets his snowcraft hidden in a room near a blue stone so they can use it to enter the snow cave.

The background music that plays in Semitt Falls is the Final Fantasy II "Dungeon" theme.

The Semitt Falls is mentioned as one of the wonders. It bears the following description:

A site of significance for the ancient Palamecian Empire. Mythril was mined beneath these majestic falls, while extacium—a fuel used by the airships of the day—could be gleaned from their magickal waters.

Firion loses his parents in a Palamecian attack on Fynn. Now Firion, his friend Guy, and his sister Maria seek to join the rebellion against the Empire.

Defeat the Sergeant without being KO'd. 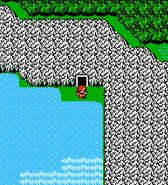 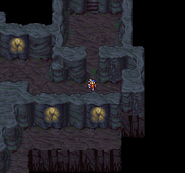 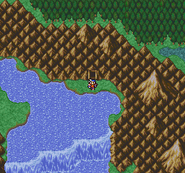