An icon sprite of Seifer appears in the PocketStation memorycard file manager.

Seifer is mentioned in the Museum under Odin's entry, where it is mentioned Seifer countered the Zantetsuken and bisected Odin. Several references to Seifer also exist; Squall fights with a faster, one-handed style similar to Seifer, and begins his EX Burst by striking his opponent in an upside-down cross, similar to Seifer's Bloodfest Limit Break. Seifer appears as the name of a Ghost card, a Level 100 Ultimecia bearing the Green Gem and GF Eden battlegen items.

Seifer is mentioned in the Mognet letter sent by Mohnny, who describes him as one of the disciplinary committee who wears a gray coat and swings his gunblade. The mail is sent the next day in conjunction with the previous letter about Balamb Garden (see here).

Attack of the Disciplinary Committee

Like you told me, I was trying to avoid bumping into the disciplinary committee, but this guy in gray coat is swinging his Gunblade at his posse, telling them to run after me! I'm a harmless animal, I swear!

The player may reply either "Just run!", "Hide and see what happens!" and "Stand your ground!" The option asks "Wanna help" on top.

Seifer appears as an obtainable character.

The head of Balamb Garden's Disciplinary Committee and yet the most problematic student within its walls. Despite his superior fighting skills, Seifer's belligerent attitude and inability to follow orders have left him famous for being unable to pass the SeeD exam. When he crashes one of Squall's missions, he is caught by the sorceress Edea and turned against the Garden.

Seifer is an unlockable character, and is obtained by collecting Gray Crystal Shards.

Mirroring Squall, who focuses on Offense, Seifer focuses entirely on Defense. Most of his abilities either reduce damage, increase or recover the party's health. He can boost both his strength and agility, making him a balanced character with all-rounded power in all categories.

Despite his exceptional skills, Seifer's pride and selfishness leave him ever the student and out of SeeD. Even his loyal lackeys will be used as his pawns; anything can be sacrificed for his rivalry against Squall...

Seifer is an unlockable playable character, and can be unlocked by collecting Purple Crystal Shards.

He is an Offense and Defense oriented character.

Seifer appears as a playable character.

Though extremely skilled, his belligerent attitude and unwillingness to follow orders have kept him from passing the SeeD exam, making him an eternal SeeD-in-training. Harbors an intense rivalry with his fellow gunblade wielder, Squall. 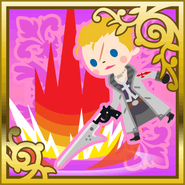 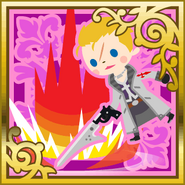 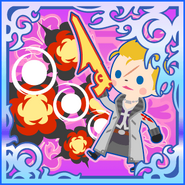 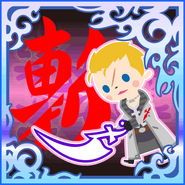 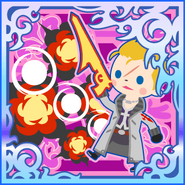 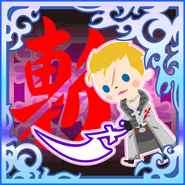 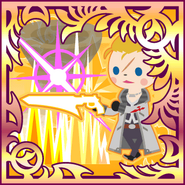 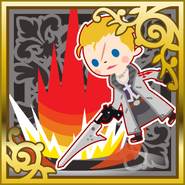 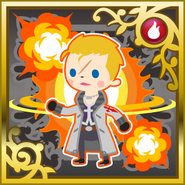 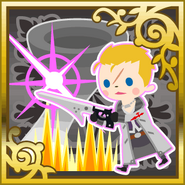 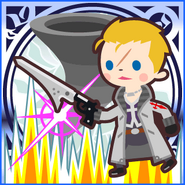 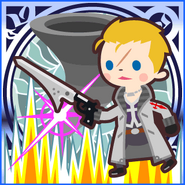 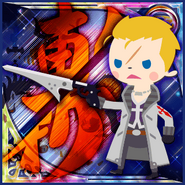 This reckless Balamb Garden disciplinarian really has a knack for failing exams.

Seifer is an exclusive character only available from the Premium Character Shop as a random downloadable content, he uses the No Mercy ability during battle.

Seifer is a playable character who could be recruited during the Challenge Event Gunblade of the Sorceress as the First Time Reward for completing the event's stage Master Room, Part 2 in In the Garden track. Similarly to the Challenge Event Balamb Garden - The SeeDs of Conflict, Seifer's rival, Squall, is also the First Time Reward for completing a stage where the final encounter was also against Norg.

Seifer appears on a Triple Triad card in the version available via Final Fantasy Portal App.

A younger version of Seifer appears in Kingdom Hearts II. He is the leader of the Twilight Town Disciplinary Committee, together with Fuu and Rai, and is idolized by Vivi for his strength. Seifer is known for being a top Struggle fighter, who also likes street brawls. Seifer calls Roxas "chicken wuss", which he calls Zell in Final Fantasy VIII.

In DiZ's simulated Twilight Town, he is a rival of Roxas and his friends, while in the real Twilight Town, Hayner is his main rival since Roxas never met Seifer from the real Twilight Town. He is antagonistic toward Sora, but after he saves Seifer's gang from the Nobodies, Seifer gives him the Struggle Trophy, an unspoken sign of respect. Although his rival Squall (under the name of Leon) appears in the series the two never meet, though they retain their trademark scars.

Seifer does not directly appear in Kingdom Hearts III, but is mentioned by several NPCs in Twilight Town stating that he went on a "warrior's journey", with Fuu and Rai joining him.

Seifer is voiced by Takehito Koyasu in the Japanese version and by Will Friedle in the English version.

He appears in the remake, Kingdom Hearts Union χ[Cross], on several medals. 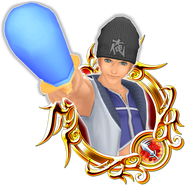