Back to page
Edit

The winding tunnels comprise a series of railroad tunnels visited by AVALANCHE after getting off the train to the Sector 5 Reactor. The tunnels comprise multiple dimly-lit identical-looking tunnels (totaling six screens when traversed by the player) with rail tracks on either side. The southern-most tunnel (Tunnel 1), leads to the danger area, which is patrolled by Shinra guards, while the northern-most tunnel (Tunnel 6) leads to the security sensors, which are impassable by foot.

At the southern end of the tunnel is the danger area. An open door is located here, guarded by Shinra security guards, alongside the rail tunnel. At the northern end are the security sensors, which block the rail travel forward towards Sector 5. Adjacent to the sensors is the first duct, which leads to the Lower Sector 4 Plate.

The Lower Sector 4 Plate is a series of winding ducts, ladders, and tiered platforms supported by steel beams, located underneath Midgar's Sector 4 Plate. This area is traversed by AVALANCHE in order to reach the nearby Sector 5 Reactor. The area is dimly lit and made mostly of construction material. 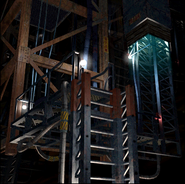 In the winding tunnels, the most commonly fought enemies are Grashtrikes, in groups of three to four. These enemies deal little damage of their own, and can be defeated in one or two hits. They can be fought to obtain Spider Webs, however. Rocket Launchers can also be fought here, and their main attack will do a decent amount of damage to the character with the lowest HP. These enemies attack infrequently, and so they should be focused down to prevent them from firing.

The Special Combatants, fought in the danger area, deal more damage and have higher HP than either Grashtrikes or Rocket Launchers. As they are completely optional to fight, this means these enemies are best off avoided.

In the Lower Sector 4 Plate, the player may also encounter Chuse Tanks and Blugus in addition to Grashtrikes and Rocket Launchers. Chuse Tanks have fairly low HP but can deal considerable damage, meaning they should be focused first as they can normally be defeated in one hit. Blugus have much higher HP, but their damage is minimal. They should be prioritized last, and though weak to Lightning and thus vulnerable to Bolt, it is better to save MP for healing. 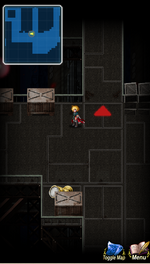