Sector 1 (壱番街, Ichiban-gai?) is one of the eight Sectors that divides the metropolis of Midgar in the Compilation of Final Fantasy VII. The sector is the first location visited in Final Fantasy VII. Cloud and AVALANCHE enter Sector 1 on the train before entering the Sector 1 Reactor. The station is called North Edge Station. 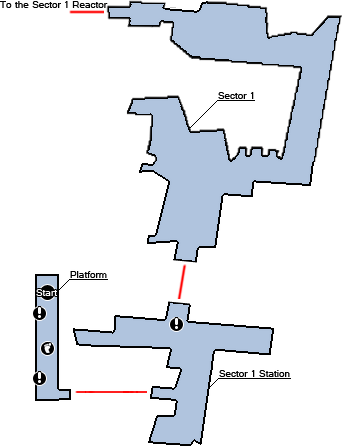 The Platform is the first area in the game and visited as soon as the opening movie finishes. The cast exit off the train and knock down two troops. Two Potion items can be picked up here from the guards. Though both guards can have the items, their items are shared meaning the player can pick up both Potion items from one guard. 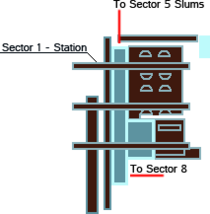