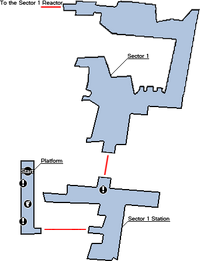 Two Potion items can be picked up here from the guards. Though both guards can have the items, their items are shared meaning the player can pick up both Potion items from one guard. This is known as the Quantum Potion bug. 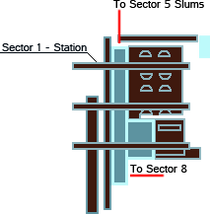