Scrolls (スクロール, Sukurooru?), also known as Skeans, Tomes, or Skills, are recurring items in the Final Fantasy series. They appear either as throwing items for Ninjas or special items used as a recipe for weapons or for learning abilities.

Scrolls, or Tomes, are bought in Magic Shops, obtained from defeated monsters and found in dungeons, and are used to teach magic to party members. Alternatively, they can be used in combat to use a spread version of the spell contained in the scroll.

Scrolls (also known as Skills - PSOne) can be used by the Ninja class as throwing items. All three types can be bought in the weapon shop at Lix for 200 gil each. In Galuf's world and the merged world, they can be bought at Quelb. They can also be bought in Phantom Village. Scrolls deal damage based on the thrower's Magic.

Scrolls are used to teach Guardian Forces abilities. The scrolls are sold in Timber and Esthar pet stores, but most require the Familiar support ability. Spd-J Scroll and Luck-J Scroll are the rarest and can't be bought anywhere; Spd-J Scroll can be mugged from Cerberus and found in the Lunatic Pandora, and Luck-J Scroll can be mugged from Odin and found as part of the Obel Lake sidequest.

Scrolls are used with various materials to create new armor, weapons, and accessories. Scrolls are obtained from monsters in dungeons and defeating dungeon bosses award characters with with scrolls. Some scrolls can also be purchased from the Workshop in Rebena Te Ra.

While armor, weapons, and accessories can be purchased from the Armory in Rebena Te Ra, already crafted and ready to go, the ones created from scrolls are usually stronger than the ones purchased at the Armory and contain bonus effects depending on the extra material added. In Multiplayer mode, Adventurers can take Quests assigned by King Kolka and after completing them, obtain scrolls as a possible prize.

Scrolls are used with various materials to create new armor, weapons, and accessories. Scrolls are obtained from monsters and bosses once defeating them. Adventurers can be assigned Quests by Stiltzkin where they can be awarded scrolls when completing them.

Main article: Tomes in The 4 Heroes of Light

When a character has a tome in their inventory, they can assign that spell as a command to use during battle. 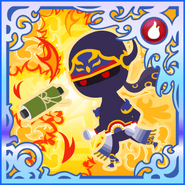 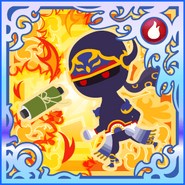 The word "skean" comes from sqian. [view · edit · purge]Sgian is a double-edged dagger formerly used in Ireland and Scotland.