Scathe (コラプス, Korapusu?, lit. Collapse) is a recurring spell in the Final Fantasy series. It is often a very powerful spell that deals non-elemental damage to multiple foes.

Scathe is the strongest Black Magicks spell. It deals non-elemental damage to enemies in range and has the maximum effect capacity, which means no other spell or Technick can be performed simultaneously. Scathe can be bought for 18,100 gil from the Baknamy merchant in the Necrohol of Nabudis after completing the events at the Pharos. It costs 70 MP to cast, and requires the Black Magick 8 License for 120 LP.

In the Zodiac versions, Scathe requires License 13 Black Magick for 165 LP. It can be found in a chest in Lhusu Mines Staging Shaft, and consumes 70 MP each cast. It can be acquired after completing the Antlion Elite Mark and finding the Site 11 Key at Phon Coast. It can only be used by the Black Mage job class.

Despite its animation sequence, the effect area of Scathe is not exactly a straight line shooting from the caster, but a circular area just like other area Magick. The beam does not usually point straight in front of the caster, but usually positions itself to hit most enemies in range.

Scathe appears as a Thaumaturge ability available after completing the "Threat of Superiority" Thaumaturge guild quest. The ability deals non-elemental damage with a potency of 100 to a single enemy. The ability has no cast time or cooldown. The potency has a 20% chance of doubling once the player has learned the Enhanced Scathe trait at level 24.

Scathe is a spell available to Sages by equipping the Morning Star. It costs 32 MP and damages foes in a line of four tiles from the user. 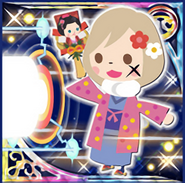 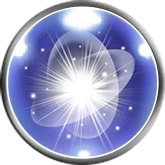